Gia Giudice is making the most of the warm weather in Mexico! The 20-year-old daughter of Teresa Giudice, 48, and Joe Giudice, 48, who divorced last year, has jetted off with her boyfriend, Christian Carmichael for a pre-summer getaway. The Real Housewives of New Jersey star took to Instagram on March 19 to share a series of snaps of herself rocking a bright blue bikini while soaking up the sunshine with Christian, and a group of their friends. “left our mark,” she captioned the post, adding a blue heart and plane emoji.

In addition to the string bikini, she rocked gold body chains and brown sunglasses, as she posed in front of palm trees and in a pool. While hundreds of fans jumped into the comments section to drop heart eyes and flame emojis, others were quick to reference Gia’s now viral “Waking Up In The Morning” song, which is everywhere on TikTok. “The real question is, did you wake up in the morning, thinking about so many things?” one follower jokingly asked.

Of course, they were referencing the audio clip from a song she sang on Season 3 of The Real Housewives of New Jersey. Gia, who was then about nine or 10 years old, wrote the ballad because her mom and uncle, Joe Gorga, kept fighting. She performed it at her little sister Milania‘s fifth birthday party in 2011. It has since become the go-to song used by TikTok creators when highlighting their most embarrassing moments. 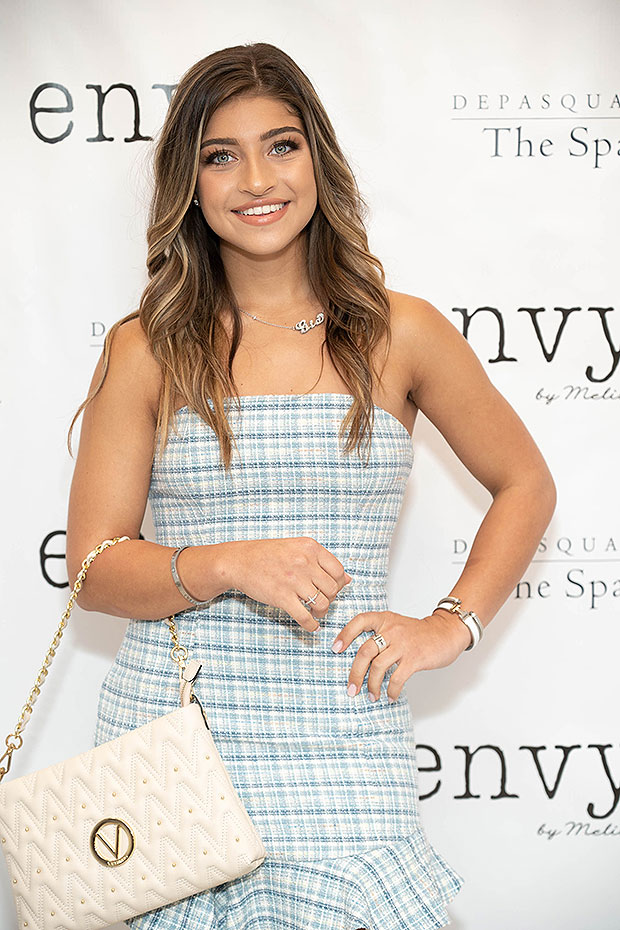 Gia has grown up so much since then, and even proved herself to be the bigger person when she encouraged her mom to apologize to Jackie Goldschneider, after she spread a rumor that Jackie’s husband Evan was cheating on her. Teresa revealed that she apologized to Jackie following encouragement from her eldest daughter, despite Jackie using an analogy about Gia doing coke to get her point across during an argument.