Fortunately for Kourtney Kardashian, 41, she didn’t have to look far for her latest romance. Both she and ex Scott Disick have been longtime pals with fellow Calabasas resident Travis Barker, 45, and in turn they know each others’ children as result. That friendship has now turned into something more for Kourt and the Blink 182 drummer. Considering Kourtney and Scott broke up nearly six years ago and he knows what a decent guy Travis is, the 37-year-old is okay with Kourt’s new man.

“Scott’s got no issues with Kourtney and Travis dating. He’s happy for her. Scott’s accepted that they’re not getting back together so he’s being very mature about this. It also helps that his kids really like Travis. That’s important to him because whoever Kourtney is with is going to be spending time with his kids, so that matters,” a source close to Scott tells HollywoodLife.com EXCLUSIVELY. Scott and Kourtney are parents to sons Mason, 11, and Reign, six, and daughter Penelope, eight. 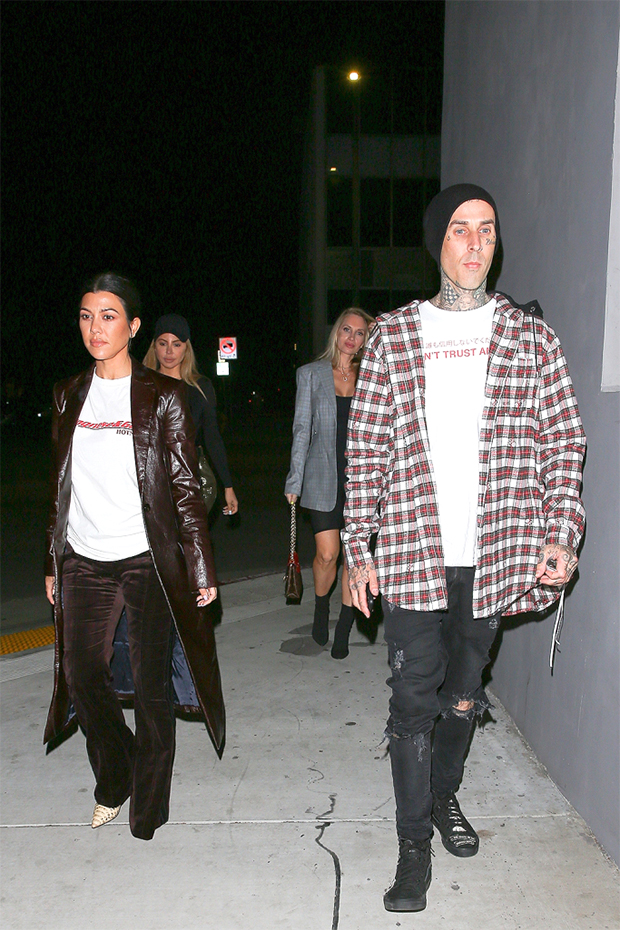 Then-pals Kourtney Kardashian and Travis Barker go to dinner with friends, including Larsa Pippen, in West Hollywood in Nov. 2018. Kourt and Travis have now turned their longtime friendship into a romance. Photo credit: BACKGRID.

“Scott’s protective of Kourtney, he likes that Travis isn’t some random guy. The whole family knows him and likes him. And Scott’s doing his thing too, he’s got his own life and he wants her to have that too. He really is happy for her,” the insider continues. Scott was most recently linked to 19-year-old Amelia Hamlin, following a three year romance with Sofia Richie, 22.

“Scott knows that Travis has nothing but respect for Kourtney and the whole Kardashian family so he’s comfortable knowing that they’re dating. He’s happy for Kourt that she found someone that she seems to really like, and he appreciates the fact that they built a relationship off friendship first,” a second Disick source tells us EXCLUSIVELY. “Scott and Kourtney will always be in each other’s lives so it’s important to him that they both get along with one another’s partner. Scott’s in a really good place with Kourtney and they get along great. So as long as Kourtney and his kids are good with Travis, Scott’s on board.” 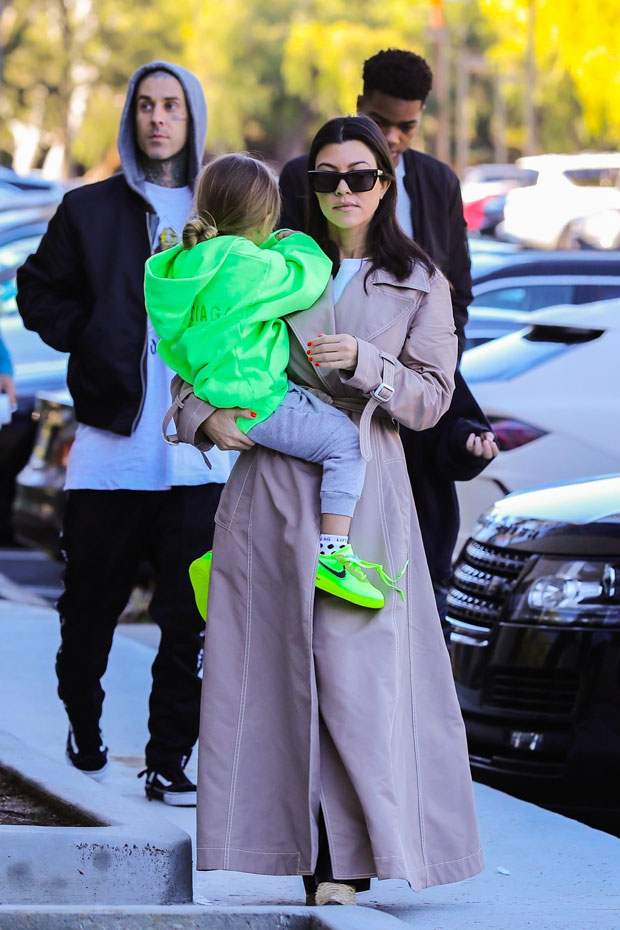 “If Scott got angry over who Kourtney dated it would have happened already. She respects his dating history, and he has respected hers. If there was anyone that they ever brought in that would ruin a relationship with the kids, then they would have a discussion,” a third source tells us EXCLUSIVELY.

“But Travis and Scott both like each other. And even though Scott and Kourtney aren’t getting back together, they still support each other. And for Scott, someone like Travis Barker is a great thing. He likes Travis quite a bit and has no problem with him at all,” the insider adds.

Travis’ ex-wife Shanna Moakler, 45, is also okay with his choice of a dating partner. “Things are moving along nicely for Travis and Kourtney. Travis has known Scott for years and Kourtney has also known Shanna, so this isn’t really new as they’re not dealing with strangers,” a fourth insider shares EXCLUSIVELY. “Shanna and Travis have their ups and downs, but she doesn’t really get concerned with his dating life. Scott and Kourtney are in a great place and they stay out of each other’s romantic lives. Everyone’s moved on and it seems everyone’s happy.”