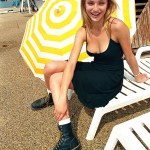 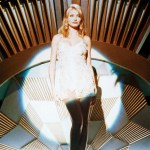 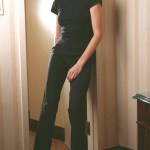 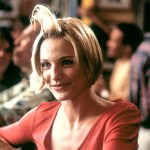 Six years after stepping away from the spotlight to start a life with her husband, Benji Madden, Cameron Diaz isn’t ruling out the possibility of a return to the big screen.

Cameron Diaz, 48, was a guest on her pal Naomi Campbell’s YouTube show, No Filter With Naomi, on Oct. 27. During the virtual sit-down, she reminisced about her illustrious movie career, which ended with the release of her last movie, Annie, in 2014. Cameron is currently perfectly content with her life as a new mom, but she didn’t completely shut down a potential return to acting, either.

“I feel really resolved,” she admitted. “I never say never to anything, first off, but I feel really resolved. I haven’t made a movie since like…2013, 2014. It’s been a long time, and girl, I’m okay with that! There’s no part of me that’s like…I gotta get back in front of the camera, I gotta go act! I don’t feel that way. That’s not to say I won’t some day, but I’m really resolved where I’m at right now.”

However, Naomi is convinced that we’ll see Cameron on the big screen once again. “When you do your first movie now that you’re a mom — because you’re going to do it — it’s going to be a different Cami,” she predicted. “I look forward to seeing it. Because we’re going to see it. But, like you said, there’s no rush.”

Cameron joked that people won’t remember her if she does return to Hollywood. “I’ll come back and people we’ll be like…there’s a new older actress on the scene!” she laughed. “But we’ll see what happens. I never say never to anything.”

For now, Cameron has a lot to keep her happy and occupied. She married her husband, Benji Madden, in January 2015, and in Dec. 2019, they announced that they had welcomed a baby girl, Raddix. The couple has been very private about their relationship, as well as life with Raddix. In fact, they have yet to share a photo of the little one on social media.

Plus, in addition to Cameron’s personal life, she also embarked on a new professional endeavor in 2020. Earlier this year, she launched her organic wine brand, Avaline, with Katherine Power. Avaline is a “range of clean wines that are full of natural goodness and free from dozens of unwanted and undisclosed extras,” according to its website.