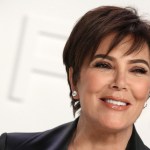 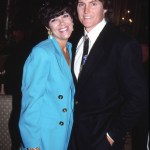 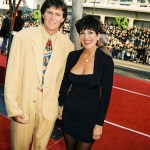 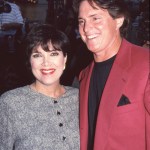 The Kardashian/Jenner clan will have a big decision to make come November’s Election Day, but a source reveals EXCLUSIVELY to HL how matriarch Kris Jenner will be there ‘no matter what’ for son-in-law Kanye West’s presidential bid.

The November 2020 election has already been strenuous enough, but now Kanye West has thrown his name into the ring to run for oval office. An expert shared that the 43-year-old rapper’s bid for the White House has a slim chance of coming to fruition, and it would seem that Kanye’s in-laws might agree with that analysis. “It still seems nobody in the family is taking this presidential run seriously given how hard the process really is, which is why the family isn’t really concerned or feels the need to address things,”  a source shared EXCLUSIVELY with HollywoodLife.

While the KarJenners can rest assured that it would take a lot of paper work, planning, and time for the “Graduation” rapper to be an official candidate, “they know how Kanye is and when he gets an idea in his head nothing will stop him.” Kanye has been a part of the Kardashian family for nearly a decade and has played a major role in their lives for years. Of course, this recent surprise isn’t something that will change their feelings toward him.

In fact, the source went on to reiterate, that “they all love Kanye and know how passionate he is about certain things and politics is one of those things.” Even KarJenner matriarch Kris Jenner is willing to step in and offer reassurance where she can. “Kris and the family will be as supportive as possible no matter what because that’s the kind of family they are,” the source continued.

Indeed, the respective Kardashian and Jenner family members have found a way to create balance and maintain strong bonds, regardless of politics, business ventures, or personal decisions — something our source reiterated. “Even if they don’t agree with his political views, they can agree to disagree and be OK with that.”

Kanye caused an eruption of reactions on social media following his July 4 announcement that he would be running for president with less than five months until Election Day, November 3. Some initially threw their support behind Kanye, like Chance The Rapper, before he heard out concerned citizens and voters online. More public figures have been dismayed by Kanye’s decision, but it’s clear that the KarJenner family members are keeping their bonds close as Election Day draws nearer. HollywoodLife reached out to Kris Jenner’s rep for comment.