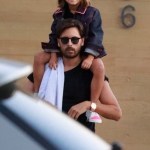 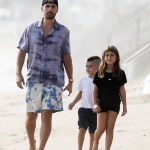 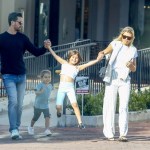 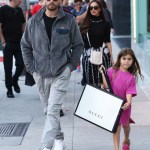 Scott Disick’s birthday tribute to daughter Penelope on her 8th birthday will bring you to tears! The father of three shared a photo of his only daughter sleeping on his shoulder. Read his heartfelt message.

UPDATE (7/8/20, 6:37 p.m. ET): Double the love! After giving Penelope Disick a shout-out on his Instagram Story, Scott Disick shared another birthday tribute for his daughter on his main Instagram page. “Holy moly she’s 8!,” Scott wrote alongside a photo of himself holding the birthday girl by a pool.

ORIGINAL: Grab the issues. Scott Disick took to his Instagram Stories to share the sweetest tribute to daughter Penelope, who celebrates her 8th birthday today, July 8th. “Happy birthday to my angel food cake pinop,” the Talentless founder, 37, began, describing his only daughter as “the most thoughtful and special girl in the world, who goes above and beyond making us all happy.”

Scott concluded with, “I could never in a million years imagine life without you! You’re my savior and heart.” The self-proclaimed Lord completed his post by adding a red heart emoji. In addition to Penelope, Scott shares sons Mason, 10, and Reign, 5, with ex Kourtney Kardashian. Although they split in 2015, after nearly a decade together, Kourtney and Scott continue to successfully co-parent their three children.

Fans have been keeping a close eye on Scott and Kourtney, due to his new single status. Scott and his girlfriend of three years, model Sofia Richie split in May — though, they reunited over the Fourth of July holiday weekend. Yet, it’s unclear who or even if Scott is dating if you ask fans, who’ve pointed out that both Kourtney and  Sofia modeled his Talentless apparel in recent posts on Instagram.

Scott’s birthday message to Penelope was one of many that came from the Kardashian/Jenner family. Grandma (aka “Lovey”) Kris Jenner, kicked off the birthday tributes to her beloved “P,” and declared her “the best granddaughter, daughter, sister, cousin and friend,” in a post on Instagram. Alongside a photo of Kris and Penelope wearing matching lemon-print dresses, the momager added, “You are always so kind, thoughtful and loving.”

Kim Kardashian followed suit and shared a loving tribute to her niece on Twitter. The Skims founder shared a collage of photos that showed her daughter, North West bonding with her “bestie,” Penelope. In the caption of her post, Kim gushed over North and P’s close relationship.

It’s unclear what Scott and Kourtney have planned for their daughter’s big day — nonetheless, it’s no secret that the Kardashians know how to throw an epic party. If it’s anything like Khloe Kardashian‘s recent 36th birthday bash, then P’s party will for sure include tons of desserts, a bounce house, balloons galore and much more. Happy birthday, P!