UPDATE (7/14/20 at 11:45 a.m. ET): TMZ‘s report that Benjamin Keough died of a ‘self-inflicted gunshot’ was confirmed on July 12 by the Los Angeles County Coroner, who revealed that the 27-year-old’s manner of death was by suicide. The full report revealed that Benjamin’s death was caused by an ‘intraoral gunshot wound.’

Lisa Marie Presley, 52, was “devastated” to learn the news that her son Benjamin Keough had died at just 27-years-old. Her second-eldest child was found dead in Calabasas, California and appears to have died “from a self-inflicted gunshot wound,” TMZ reported on Sunday, July 12. “She is completely heartbroken, inconsolable and beyond devastated but trying to stay strong for her 11 year old twins and her oldest daughter Riley,” her rep said in an emailed statement to HollywoodLife. “She adored that boy. He was the love of her life,” the statement also read.

Lisa became Elvis Presley‘s pride and joy when she was born to him and his wife Priscilla Presley, 74, on Feb. 1, 1968. As the only child of “The King of Rock and Roll”, Lisa Marie was in the spotlight from the day she was born and grew up with public eyes on her nonstop. Now, the mother-of-four has enjoyed keeping a private life as much as possible, except in the rare instances she shares pieces of her family life on social media and beyond, like she did on June 20, when she posted a pic of herself posing with her kids on Twitter. In addition to being a mom, she has led an eventful life that’s involved many things, including a singing career just like her look-alike dad. Here are five things you should know about her. 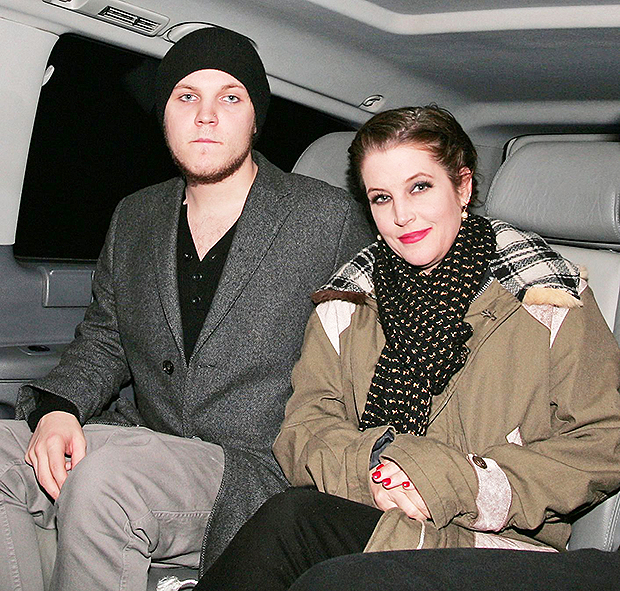 1. She was nine-years-old when her father passed away. After Elvis’ death of a heart attack at the age of 42 in 1977, Lisa Marie became joint heir to his huge estate along with her paternal grandfather, Vernon Elvis Presley, and her great-grandmother, Minnie Mae Hood Presley. Her mother, Priscilla, had divorced the singer years before his death in 1973 so only Lisa and those he chose were left with his estate. Vernon passed away two years after Elvis, in 1979, and Minnie Mae a year after that, in 1980, which left Lisa Marie the sole heir. The estate included Elvis’ famous Graceland and on her 25th birthday, she inherited all $100 million of it.

2. As of 2019, she has been married four times, and her previous husbands include Michael Jackson & Nicolas Cage. Lisa Marie’s first husband was musician Danny Keough, who she married in 1988 and divorced in 2994. They had two children together, Danielle Riley Keough, in 1989, and the late Benjamin Storm Keough, who sadly died on July 12, 2020. Lisa then went on to marry “King of Pop” Michael in 1994, and it brought on a large amount of media coverage because of the shock it caused to the public. The couple faced a large amount of criticism with some even suggesting the marriage was a way to help Michael look better when he was in the midst of child molestation accusations. Both Lisa Marie and Michael insisted their love was real, however, but they ended things in 1996.

Lisa Marie’s marriage to Nicolas in 2002 was also a shock to many before they eventually divorced in 2004. Her fourth marriage was to her guitarist Michael Lockwood in 2006. They had fraternal twin girls, Harper Vivienne Ann and Finley Aaron Love in 2008. After ten years of marriage, Lisa Marie filed for divorce in 2016.

3. She started her own music career and released three albums. Her debut album, To Whom It May Concern was released in 2003 with the lead single “Lights Out”. Once her music was released, many fans compared her deep singing voice to her dad’s famous tone. Her second album, Now What, was released in 2005, and her third, Storm & Grace, in 2012. She also went on tours to promote her music.

4. She became a member of the Church of Scientology when she was nine. Her mother, Priscilla, indoctrinated Lisa Marie in the controversial church in 1977, and she continued being a member throughout the years until she decided to leave in 2012. “I was slowly starting to self-destruct,” she told USA Today, according to her website, about why she stepped away.

5. Elvis named a plane after her. The doting dad called one of his private aircraft, a converted Convair 880 jet, “Lisa Marie” in 1975. It was written on the jet itself and the musician used it as his main jet while on tour. After his death, it went on display in Graceland but was up for sale in 2015. The EPE bought it back and kept it on exhibit for fans to see.