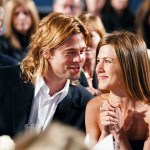 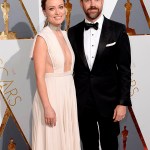 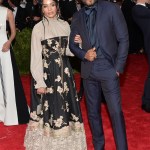 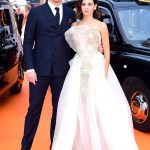 Not all celebrity breakups have to be super messy! In fact, some stars – like Olivia Wilde and Jason Sudeikis — have stayed super friendly with their famous exes, even after ending the relationship.

Some Hollywood romances end with shouting matches, legal filings, and bad blood so bitter that the former lovers never speak to each other again. On the other hand, some celebrity exes act like the breakup was no big deal and have remained friends ever since. From Anna Farris becoming Chris Pratt and Katherine Schwarzenegger’s biggest supporter, to Mariah Carey and Nick Cannon’s co-parenting to Gwyneth Paltrow and Chris Martin’s successful “consciously uncoupling,” there are so many examples of celebs being friendly after the love is gone. Take Olivia Wilde and Jason Sudeikis, for example.

Olivia and Jason ended their seven-year engagement at the start of 2020, and the split was so amicable, news about the breakup didn’t get around until the end of that year. The couple – who share two kids (son Otis Alexander and daughter Daisy Josephine) – have made parenting a priority, and it seems they’re on great terms. Less than a week after news of their split broke, the former couple reunited and shared an intense, warm hug. Days after Olivia was spotted holding hands with Harry Styles, she paid Jason a visit, and things still seemed copacetic between them.

When talking about amicable exes, one must not overlook Jennifer Aniston. At the start of 2020, there was one of the biggest and most-buzzed-about celebrity reunions of all time: Jenifer and Brad Pitt. The stars, who were married from 2000 until 2005, both attended the SAG Awards that January and shared a sweet moment backstage after they both won awards. It was the first time fans have seen them physically together since their split, proving that they’re totally cool with each other all these years later. Brad also attended Jen’s 50th birthday party in 2019.

Jennifer has also kept up an amicable relationship with her other ex-husband, Justin Theroux. They ended their relationship in Feb. 2018, but it was not a bitter breakup. Just weeks before news of the split went public, the two had vacationed together, and they attended the same holiday party in 2019. Plus, Justin has shown love for Jen on social media since the breakup, too! Another pair of friendly celeb exes are Jennifer Garner and Ben Affleck, who share three kids. Since their split in 2015, they’ve been seen spending time together on many occasions, and Jen helped Ben get sober in 2018.

For Kourtney Kardashian and Scott Disick, getting to a good place after breaking up did not come easy. The two were not on good terms for the first few years after their split but have gotten to a much better place. They even take vacations together with their three kids now!

Other celeb exes who’ve stayed friends include Jennifer Lopez and Marc Anthony, Gigi Hadid and Cody Simpson, and more. Click through the gallery above to check out photos of the friendliest celebrity exes!