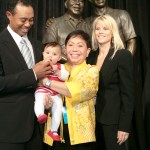 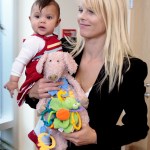 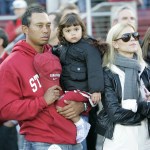 Once, Elin Nordegren was known as Tiger Woods’ wife and the mother of his children – but his infidelity saw to the end of that. Get to know about Elin and Tiger’s current relationship, as it stands today.

In the days following Tiger Woods’s devastating car crash in Rancho Palos Verdes, just outside of Los Angeles, California, two women helped him make it through the dark time: his girlfriend Erica Herman and Tiger Woods’s ex-wife, Elin Nordegren. Though Woods and Nordegren had called it quits more than a decade before his April 2021 accident, the couple has remained on good terms while co-parenting their two children. In fact, Elin took care of their kids – Sam and Charlie – as Tiger recovered in the hospital and made sure they could see their father once he was well enough to have visitors.

Tiger and Elin’s relationship hasn’t always been this great. He famously cheated on his ex-wife with scores of women, which ultimately caused the death of their marriage. But, like how Tiger hopes to return to the PGA following his crash, his and Nordegren’s relationship made a comeback, to where they consider each other “best friends.” Elin has also moved on since calling it quits for Tiger, so here’s a look back on where her journey began, some of the bumps in the road, and where she’s at today.

Elin Nordegren is the ex-wife of golfer Tiger Woods. She was born in Stockholm, Sweden, and has spent a good portion of her life in the United States. She and the golf legend were married in October 2004, one year after he proposed to her during a trip to South Africa. The couple tied the knot in a lavish, star-studded, multi-million-dollar wedding in Barbados. 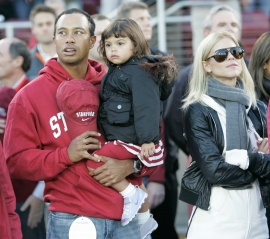 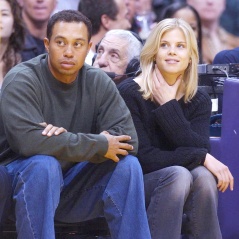 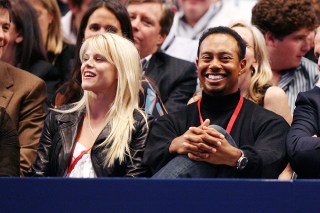 During their time as husband and wife, Tiger and Elin welcomed started her family. They welcomed daughter Sam Alexis Woods (b. 2007) and son Charlie Axel Woods (b. 2009). Unfortunately for the couple, there was no happy ending to this love story. Their marriage fell apart in late 2009 after Tiger’s multiple extramarital affairs came to light. Despite Tiger saying that he would take an “indefinite break” from golf to salvage his marriage, the efforts were in vain. The divorce was finalized in August 2010, with Elin reportedly getting more than $100 million in the divorce settlement, per TMZ.

Elin Nordegrene Then and Now

“I have moved on, and I am in a good place,” Elin told PEOPLE in 2014, speaking for the first time since the divorce. “My relationship with Tiger is centered around our children, and we are doing really good – we really are – and I am so happy that is the case. He is a great father.” While her relationship with her ex was “really good,” Elin said that it took a while to get to that point. She told PEOPLE that she went through “intensive therapy” during the split and, at the time, still checked in with a therapist to keep “working on myself.”

“In the beginning, you tamp down the animosity for the kids’ sake,” she told the publication. “I’m not going to deny that I went through the wringer. But I don’t think I doubted we’d end up here. That was always my dream, that the kids can have two loving parents that show respect for each other. And I feel that’s what they have.”

Following the divorce, Elin used some of her divorce settlement to purchase a $12 million mansion in North Palm Beach, Florida, according to the Daily Mail. After making the purchase, she tore down the structure due to “rot” and donated the original fixture to Habitat for Humanity. In 2018, she flopped the property, listing it for $50 million (but ultimately selling it for $29 million in September 2020.)

Her Family So Far

In the decade since the divorce, Tiger and Elin have maintained a positive co-parenting relationship. “We have Sam, and we have Charlie. And we love them so much that we are going to do whatever it takes to make that work,” Tiger said during an October 2016 appearance on The Late Show with Stephen Colbert. Stephen brought up how Tiger said the previous year that his ex-wife is one of his best friends, and Tiger explained. “That’s how it happened. … I’ve talked to her about so many different things, and she does the same thing with me back and forth. We communicate so much better now, it’s incredible. I wish we would have done that earlier on, but it’s been incredible to have a best friend like that.”

The relationship has stayed positive. In 2021, following Tiger’s devastating single-car crash, Elin “has bent over backward” to ensure that Tiger could see his kids while recovering from her injuries. This meant allowing Sam and Charlie to visit Tiger whenever they wanted. While some former celeb couples bicker over custody time, Tiger and Elin have been able to co-parent without a hint of jealousy.

Elin’s family grew in 2019. The previous year, Elin began a relationship with Jordan Cameron, a year after retiring from the NFL. The former tight end spent four years with the Cleveland Browns (2011-2014) before joining the Miami Dolphins in 2015. He hung up his jersey in 2017, and in 2019, he and Elin became the parents of a proud baby boy. Initially named Filip Nordegren Cameron, the couple changed the child’s name to Arthur, according to the Daily Mail (who noted that Elin works as a Registered Mental Health Counselor Intern. She reportedly finished her degree from Rollins College in 2014.)

Born in Stockholm, Sweden, on January 1, 1980, Elin spent her early years in both the Scandinavian country and in the United States. Her mother is Barbro Holmberg, the former Swedish migration and asylum policy minister. Elin’s father, Thomas Nordegren, is a Swedish journalist who worked as a radio journalist who served as a bureau chief in Washington D.C, per Hello magazine. Elin also grew up with an older brother, Axel, and a twin – Josefin, who was born ten minutes later than her (and now works as a lawyer with an international firm.)

To help finance their studies – Elin was a student at Lund University, pursuing a degree in child psychology – she and her sister did the occasional modeling job. One of Elin’s pictures made it into Sports Illustrated, per Hello. Her modeling career never really took off, partially because she didn’t care about it, according to an archived Daily Beast blog. That’s how she ended up working at a Stockholm clothing store called Champagne. There, she met Mia Parnevik, the wife of Swedish golfer Jesper Parnevik. The couple hired Elin to be the nanny to their children, and the job required her to relocate to the United States. At the 2001 British Open, Elin would cross paths for the first time with Tiger Woods.

Tiger was smitten with Elin, though the Daily Beast blog notes he was so nervous about asking Elin out that he reportedly had someone else do it for him. She actually turned him down. Despite the fumbling start, Tiger pursued Elin, and a romance bloomed. In November 2003, while on a trip to South Africa for the Presidents Cup tournament, Tiger took Elin out on a Safari. It was there that he got down on one knee and proposed. The couple was married on October 5, 2004, at the Sandy Lane resort in Barbados, per CNN. Tiger had rented the entire Sandy Lane Hotel in St. James (112 rooms) for his guests for several days. The guest list included such A-listers as Michael Jordan, Charles Barkley, Oprah Winfrey, and Bill Gates.

Five years later, the marriage fell apart. In November 2009, The National Enquirer published a report claiming that Tiger had an affair with a woman named Rachel Uchitel, per The Los Angeles Times. Though Rachel called Elin to tell her that the report wasn’t true, Nordegren discovered romantic text messages between Tiger and Rachel on his phone. In the early hours of Nov. 27, 2009, police were summoned to Tiger’s neighborhood in Orlando, Florida, after his Cadillac Escalade SUV crashed into a fire hydrant and a tree. Some reports that Elin had chased him with a golf club, but both she and Tiger denied that, and she claimed she had helped Tiger get out of the car after the accident. She filed for divorce, and the couple finalized the split in 2010.

Following the breakup, Elin began a brief romance with coal mogul and philanthropist Chris Cline. Sadly, he perished in a helicopter accident in 2019. At that point, she was involved with Jordan Cameron, and as of July 2021, their love is going strong.