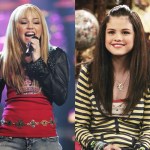 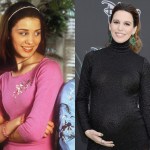 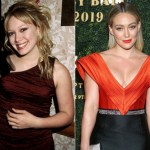 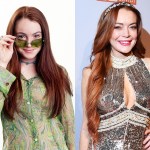 For the last 20 years, Disney has been the launching pad for so many of our favorite celebs. From Miley Cyrus to Selena Gomez, to Zendaya and Brenda Song and more, we’re looking back at Disney stars over the last 20 years!

For many millennials, Disney was the go-to for their favorite shows and stars. Since 2000, so may of today’s hottest celebs have become household names, taking their talents from the small screen to the concert stage, to the big screen and more! With 2020 well under way, the House of Mouse is ready to start a whole new era of Disney stars, shows, specials, and more. But before we usher in the next generation, we’re looking back at the stars we know and love.

Let’s start with the star who, among her many accomplishments, has left her fans saying ‘sweet niblets’ with each new transformation. Miley Cyrus joined the Disney family in 2006 starring as the titular character in the series Hannah Montana. The show also starred her equally famous father, Billy Ray Cyrus, but the show was truly his daughter’s star-making vehicle.

After four seasons and a movie, Cyrus embraced her rebellious side with her “Can’t Be Tamed” era. She also went on to star in the the Nicholas Sparks‘ adaptation The Last Song, where she met her future husband, Liam Hemsworth. Cyrus’s discography wholly transformed as she became a young woman, but after her split from her husband, subsequent divorce — finalized in January — and relationship with Kaitlynn Carter, the now-27-year-old began a fresh start with her new love: Cody Simpson.

Like Cyrus, Selena Gomez went through a major transformation following her time on the Disney Channel. Rising to fame as Alex Russo on Wizards Of Waverly Place, Gomez’s singing and acting talent helped catapult her to superstardom following her time on the series. Once the show — along with two TV movies — wrapped in 2012, Gomez immediately switched up her persona and showed her acting depth in the divisive Harmony Korine film Spring Breakers, which also starred fellow Disney alum Vanessa Hudgens.

Although Gomez has appeared in a number of films and TV shows since flexing her acting muscles on the Disney Channel, she’s put all of her effort into music. Using her personal life and her tumultuous relationship with Justin Bieber as inspiration, Gomez’s latest album, Rare, stunned fans with her vulnerability. At 27, she’s just getting started.

There are so many more Disney Channel stars who have gone on to flourishing careers post-Disney and still maintain a working relationship with the House of Mouse to today! Although fans will always remember how they first fell for these stars on Disney Channel, seeing them grow, mature, and lead inspiring careers has been an absolute joy — one fans cannot wait to continue to follow. To see more stars of the Disney Channel from 2000 and beyond, check out the gallery above!