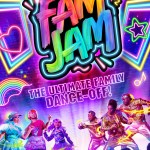 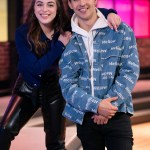 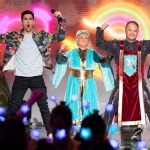 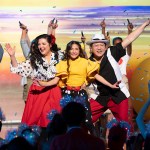 HL can EXCLUSIVELY reveal ‘Disney Fam Jam’ returns with new episodes on June 21. Ariel Martin and Trevor Tordjman are back as the hosts. Plus, we’re revealing the first-ever ‘My Disney Favorites’ Spotify playlist.

Get ready to jam out this summer! Disney Channel’s first-ever family dance competition series Disney Fam Jam returns this summer with all-new episodes starting on June 21 at 8:20 p.m. on Disney Channel and Disney NOW Zombies 2 stars Ariel Martin and Trevor Tordjman are back as the hosts of the family competition show. Choreographer Phil Wright, best known for his online dance class series The Parent Jam, is back as well.

The families will learn choreography from Wright and try to master their special moves during the rehearsal of their big stage performance. Each episode of the competition series will feature two families with kids hitting the floor to see which will be crowned Disney Fam Jam champions. At the end of each episode, the studio audience will vote for their favorite family, and the winners will take home a $10,000 prize along with a Disney Fam Jam trophy. In the June 21 premiere, the Silver and Rassi families will be dancing it out to compete for the $10,000 prize.

Ariel and Trevor notably starred in Zombies 2 together, which premiered in Feb. 2020. Trevor has played Bucky in both Zombies movies. Ariel joined the cast of the sequel as Wynter, one of the new werewolves who comes to Seabrook.

HollywoodLife is also treating you to the first look at the first-ever My Disney Favorites Spotify playlist, in which celebrities in the Disney family share their favorites songs as well as commentary on what those songs mean to them, memories they associate with those songs, and more with music and Disney lovers worldwide. Trevor and Ariel will help launch this regular playlist.

In the first edition of the playlist, many Disney classics make Trevor and Ariel’s list. From The Lion King’s “Hakuna Matata” to The Little Mermaid’s “Part of Your World,” there are a number of Disney throwbacks. They also include Disney Channel Original Movie songs to their playlist, including Zombies 2 tunes “Flesh & Bone” and “Someday (Reprise).” We can’t wait to see what other Disney stars add to this playlist!