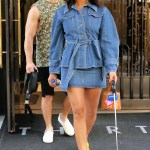 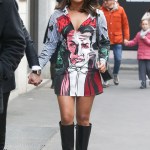 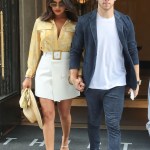 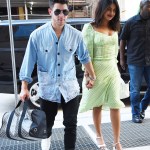 Bio:
Priyanka Chopra (born on July 18, 1982 in Jamshedpur, Bihar, India) is an actress and singer who won Miss World in 2000. After winning Miss World, she landed her first role in the Tamil film, Thamizhan two years later. She became a popular Bollywood actress starring in multiple movies over the years. She also began releasing music in 2012, and has had three singles since. In 2014, it was announced that she would be that star of her first television series, ABC’s Quantico which is aired in fall 2015. This made her the first South Asian actor to star in a drama series on an American network. Her film debut came in 2017 when she was cast in Baywatch.

Best Known For:
Priyanka Chopra is best known for being Miss World and starring in Quantico.

Personal Life:
Priyanka has always been extremely private about the details of her personal life, and very little is known. She did move a lot as a child with her parents’ demanding careers and spent time in Delhi, Chandigarh, Ambala, Ladakh, Lucknow, Bareilly and Pun. When it comes to her love life, she has said she won’t speak on it until she’s engaged – and that’s finally happened! After dating Nick Jonas for less than two months in 2018, he proposed! They were married on Dec. 1, 2018.

Nick Jonas and Priyanka Chopra welcomed their baby girl a few months ago, and now, their daughter’s name and birth date are being revealed!

Priyanka Chopra and Nick Jonas posed for adorable Easter-themed photos as they celebrated their first Easter since welcoming their baby girl.

Nick Jonas kept Priyanka Chopra close as the duo left a rainy day lunch date ahead of the GRAMMY awards.

Priyanka Chopra couldn’t hold back a giddy smile as she enjoyed the colorful Holi Hai celebration with her husband Nick Jonas.

New mom Priyanka Chopra took a break from baby duty to run some errands on March 2. The actress was photographed out and about in Los Angeles.

‘The Matrix Resurrections’ star appeared to give fans a glimpse into her and the Jonas Brother’s nursery for their daughter.