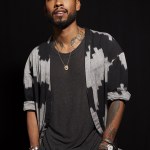 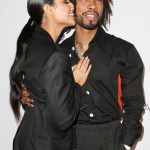 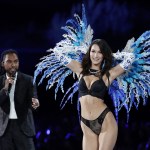 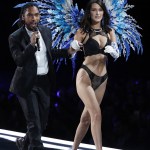 Bio:
Miguel (born Miguel Jontel Pimentel in San Pedro, Calif. on October 23, 1985) is an American musician. Miguel was signed by Jive Records in 2007, but did not break through until 2012. His debut album, All I Want Is You, was released in 2010 and did not perform well. However, after moving to RCA after the dissolution of Jive, Miguel released his sophomore album, Kaleidoscope Dream, in 2012 and became a full-blown star. The album earned five Grammy nominations, and Miguel won the award for Best R&B Song for “Adorn.” He released his most recent album War & Leisure in 2017. Along with Natalia LaFourcade, Miguel sings “Remember Me” from the animated film Coco. “Remember Me” was nominated for a 2018 Oscar.

Best Known For:
Miguel is best known for his album Kaleidoscope Dream and accidentally crushing a fan’s head when he tried to jump over the crowd at the 2013 Billboard Music Awards.

Personal Life:
Miguel was born and raised in San Pedro, Calif. outside of Los Angeles. Miguel’s parents divorced when he was young, which led him to immerse himself in music. In 2006, Miguel began dating model/actress Nazanin Mandi. Nazanin starred in Miguel’s video for “Do You…” and they got engaged in 2016.

Miguel and Nazanin Mandi confirmed they’re giving their relationship another try by posting sexy new PDA-filled photos that clearly show the love and affection they have have for each other.

Two months after Miguel and Nazanin Mandi ended their seventeen-year relationship, the two reunited after she had eye surgery, and many fans hoped that they were giving their love another shot.

The R&B music icons announced that they’re breaking up after being together for almost 20 years, but want the best for each other.

Ready for to be *thrilled*?! The newest thriller to hit the screens, ‘Dreamcatcher,’ stars Nazanin Mandi, who spoke to HL about how she took on the horror genre.

Nazanin Mandi spoke to HL about her fabulous Savage x Fenty show debut & how she overcame body dysmorphia to feel her best on stage.

Congratulations! After more than a decade together, Miguel and the love of his life, Nazanin Mandi, have gotten married – and the pictures from the ceremony are absolutely magical!

Miguel will be performing the Oscar-nominated song ‘Remember Me’ from ‘Coco’ during the big award show! Here’s everything you need to know about him.