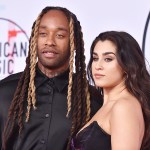 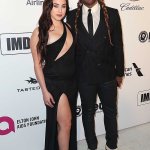 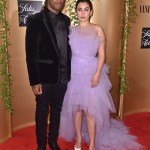 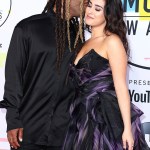 Bio:
Lauren Jauregui (born Lauren Michelle Jauregui Morgado on June 27, 1996 in Miami, Florida) is an American singer from the girl group Fifth Harmony. She auditioned for Season 1 of America’s The X-Factor, and placed into a girl group with Camila Cabello, Ally Brooke Hernandez, Normani Kordei and Dinah Jane Hansen. The group was mentored by Simon Cowell and quickly became a fan favorite, finishing the show in third place, and eventually becoming the most successful alumni from the US version of the show. Their first studio album, Reflection, reached No. 5 on the Billboard charts.

Best Known For:
Lauren is best known as a contestant on The X-Factor and a member of the girl group Fifth Harmony.

Personal Life:
Lauren is not confirmed to be dating anyone, however, she sparked romance rumors with One Direction band member, Louis Tomlinson, when they were photographed leaving a nightclub together at 3 a.m. on May 30, 2015. Lauren came out as bisexual on Nov. 18, 2016.

Ow ow! Fifth Harmony’s Lauren Jauregui and Ty Dolla Sign welcomed 2018 with a kiss! And, after watching the steamy smooch, it’s safe to say they’re happier than ever together!

Are you ready for another Fifth Harmony shocker? Audio has surfaced today, Dec. 19, of someone who sounds just like Lauren Jauregui, and in the leaked clip, the speaker claims that she and the other bandmembers are ‘f*cked over’ and made into ‘literal slaves’. LISTEN to the alleged audio of Lauren right here!

Fifth Harmony just released their new music video for ‘All In My Head,’ and it is everything we hoped it would be and more! All five gals look hotter than ever in sexy swimsuits and coverups — it’s amazing! Which outfit was your favorite? VOTE.
Fifth Harmony debuted their new music video for their hit single, ‘All In My Head,’ and all five of the gals look unbelievably sexy in a slew of racy outfits. From sheer bodysuits, to plunging necklines, cutouts, and fishnets — the girls about slay in this music video. We loved all of their outfits so much and we can’t decide which one was our fave — what do you think? VOTE.

Looks like two members of Simon Cowell’s groups have started a group of their own and have started dating! Find out which Emblem 3 and Fifth Harmony members are falling in love, according to a new report!
What is better then a 5 million dollar top prize and winning The X Factor? That could be an easy answer for Emblem 3 member, Keaton Stromberg and Fifth Harmony member, Lauren Jauregui, who are starting to fall in love!