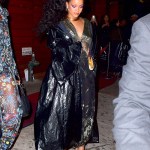 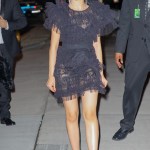 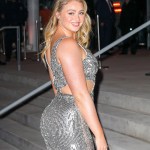 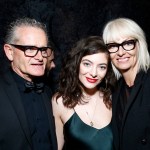 Lauren Jauregui is reportedly inking a deal with Columbia Records to release a solo album! Fans are flipping over the idea that she could be pulling a Camila Cabello.

Is Fifth Harmony (Lauren Jauregui, 21, Ally Brooke, 24, Dinah Jane, 20, and Normani Kordei, 21) about to disband? Lauren is “moving to Columbia from Epic to release solo album,” as Billboard overheard at the Sony Music Grammy Awards after party on Jan. 28, meaning that she’s signing her own record deal. Congrats, lady!

Of course, Lauren would be the second 5H member to go solo after Camila Cabello, 20, did the same. Fans are thrilled for Lauren, but at the same time, they can’t help but think about what this means for the band!

“Is fifth harmony over or are all the four girls pulling a one direction hiatus?!” one fan inquired. “Idk how I feel about that…. it’s like I’m glad they are doing solo stuff but I feel like until Fifth Harmony is OFFICIALLY over, whole [solo] albums are a little much,” another wrote. “UM I STILL WANT A FOURTH ALBUM. YOUR CONTRACT SAYS 6 ALBUMS… I WILL COME UP THERE AND HUG YOU ALL TOGETHER. YOU ARE NOT LEAVING THIS FANDOM IN TEARS,” one particularly emotional fan demanded. Yikes!

Others are fully supportive of Lauren. “Coming to show the other girls how it’s done!” @HunchoSel tweeted. “Well a break up would be tragic but that’s what Lauren deserves… she’s ICONIC and can do well by herself,” another agreed. Lauren has already worked on projects outside of the band, proving herself on singles like “Back to Me” with Marian Hill, “All Night” with Steve Aoki and of course the iconic “Strangers” with Halsey. Many fans wouldn’t be shocked if her next move was a solo one!

HollywoodLife.com has reached out for comment/confirmation.

"Overheard at Sony’s party at the Whitney: Lauren Jauregui of 5H moving to Columbia from Epic to release solo album." pic.twitter.com/20RbNzE8ga

HollywoodLifers, do you think Fifth Harmony is going to break up soon? Tell us if you want Lauren to go solo!