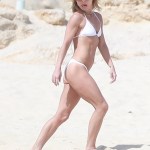 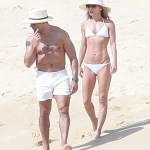 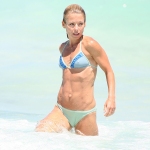 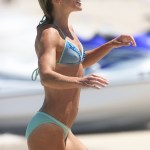 Bio:
Kelly Ripa (born Kelly Marie Ripa in Stratford, New Jersey on October 2, 1970) is an American actress, talk show host, and television producer. She played Hayley Vaughan on All My Children from 1990–2002. She also played Faith Fairfield on Hope & Faith from 2003 to 2006. Kelly was named as Kathie Lee Gifford’s replacement on the morning talk show Live! with Regis and Kathie Lee on February 5, 2001. Kelly co-hosted with Regis Philbin on the then titled Live! with Regis and Kelly until September 4, 2012, when Michael Strahan replaced Regis. The show was renamed Live! with Kelly and Michael. In May 2016, it was announced that Michael was leaving Live! for Good Morning America. For the year following, Kelly had a number of hosts and friends on her show to fill the chair. It wasn’t until May 1, 2017 that Kelly announced her new, permanent co-host would be Ryan Seacrest. The show was then renamed Live! With Kelly and Ryan.

Best Known For:
Kelly Ripa is best known as the co-host of the popular syndicated morning talk show Live! With Kelly and Ryan

Personal Life:
Kelly met her husband Mark Consuelos on the set of All My Children. After dating for a year, Kelly and Mark eloped in Las Vegas on May 1, 1996. On June 2, 1997, they welcomed their first son, Michael Joseph. The couple’s second child, Lola Grace, and third child, Joaquin Antonio, were born June 16, 2001 and February 24, 2003, respectively. Kelly is also extremely philanthropic and is an active member of a number of charities. She heavily supports research for ovarian cancer and is active in Mother’s Against Drunk Driving, since her sister was almost killed in an accident in 1999.

North West, 9, Is So Grown Up In D&G Platforms Going ‘Sight Seeing’ With Kim Kardashian In Milan

Kelly Ripa shared an adorable Instagram photo of her three kids on August 24 from what appeared to be a tropical vacation.

Kelly Ripa called her ‘normal’ 1996 wedding ‘such an efficient’ way to get married, on Tuesday’s episode of ‘Live With Kelly and Ryan.’

Ryan Seacrest couldn’t resist the opportunity to make a good-nature joke over Kelly Ripa’s full week of absence from ‘Live!’

Kelly Ripa and Mark Consuelos happily posed with their youngest son Joaquin in fashionable attire for the ‘special occasion’ that was the Gaynor Gala, in a gorgeous new Instagram photo.

Every day is Mother’s Day when you’re Kelly Ripa. Kelly’s children – Michael, Lola, and Michael Consuelos – gifted her a beautiful bouquet ahead of the holiday.

Still smitten after all this time! The chat show hostess raved about her husband of 25 years in a birthday tribute.

Kelly Ripa debuted a brand new hair makeover featuring bangs, that was inspired by none other than Pamela Anderson.