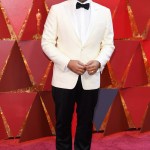 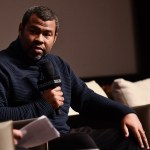 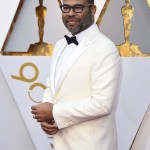 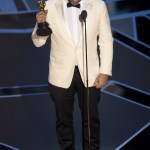 Bio:
Jordan Peele (born Jordan Haworth Peele on February 21, 1979 in New York City, New York) is an American actor, writer and comedian. After graduating Sarah Lawrence College in 2001, Jordan began pursuing a career in performing. He relocated to Chicago, performing with Boom Chicago and The Second City. In 2003, he joined MADtv for its ninth season, meeting his future partner (and fellow castmember) Keegan-Michael Key. During his run on MADtv, Jordan became known for his impressions of celebrities like Morgan Freeman and James Brown. He also developed original characters like Stingray, Ty Gray, Killbrain the Fury and Larvelle Dupree. Jordan auditioned for Saturday Night Live during the 2007-08 Writers Guild Of America strike, as the show was looking for someone to play Barack Obama. Jordan ultimately but remained with MADtv until he left at the end of its 13th season. In 2012, Jordan and Keegan created and starred in the Key & Peele Comedy Central sketch show until its end in 2015. Jordan also had notable appearances on Workaholics, Reno 911!, The Mindy Project and Fargo. He and Keegan began filming their movie, Keanu, set for a 2016 release. They have also been signed to reboot the Police Academy. He wrote and directed the 2017 horror film Get Out, which is highly acclaimed and won Best Original Screenplay at the 2018 Oscars.

Best Known For:
Jordan Peele is best known as a comedian and actor, starring in the Key & Peele comedy show.

Personal Life:
Jordan began dating comedian Chelsea Peretti in 2013. They became engaged in Nov. 2015 and eloped in 2016. His father is African-American and his mother is Caucasian. He was named one of Time’s 100 Most Influential People in the world in 2014. Jordan considers himself a nerd.

Donna Mills slayed on the blue carpet for Jordan Peele’s terrifying new masterwork, and her stunning daughter joined her for the event

Brandon Perea is among the star-studded cast of Jordan Peele’s new horror film. Here are five key things to know about the rising actor.

Get ready for a ‘new pop nightmare’ from Jordan Peele. ‘Nope’ is about to hit theatres, and here’s everything we know about the new film from the ‘Get Out’ creator.

Keke Palmer told Jordan Peele it ‘would be a dream’ to work with him a few years before she made it come true with her highly anticipated role in the 2022 horror film ‘Nope.’

Betty Gabriel reflects on her monumental role as Georgina in Jordan Peele’s award-winning ‘Get Out,’ and reveals how she prepped for the creepy role!