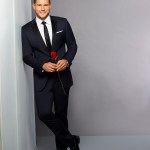 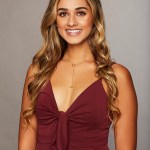 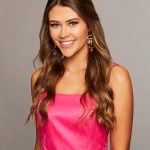 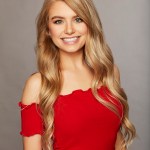 Bio:
Hannah Brown (born in Alabama on September 24, 1994) is an American reality star. She competed for Colton Underwood’s heart on season 23 of The Bachelor, but was sent home during week seven. After the show’s finale, she became the star of season 15 of The Bachelorette, which began filming in mid-March 2019 and is set to premiere on May 13, 2019. Before The Bachelor, Hannah was crowned Miss Alabama in 2018 and competed in the 2018 Miss USA pageant. However, she did not advance to the top 15 in the competition. Hannah graduated from the University of Alabama in 2013.

Best Known For:
Hannah is best known for appearing on season 23 of The Bachelor and dating Colton Underwood. She was then named as the star of The Bachelorette for season 15.

Personal Life:
Hannah got engaged to Jed Wyatt on The Bachelorette, but ended their relationship just weeks later after finding out he went on the show with a girlfriend back home. On The Bachelor, Hannah was embroiled in a feud with Caelynn Miller-Keyes, who she competed with during Miss USA. The ladies were friends and even roommates during the pageant, but after Caelynn was named the runner-up and Hannah didn’t place, they had a falling out. It caused tension on the show, but by the time filming was over, the women were cordial and confirmed that they will be able to ‘respect’ each other in the future.

Hannah Brown spoke to HollywoodLife about her ‘transformative’ experience on ‘Special Forces,’ and how she’s forever changed by the show.

Peter claimed he was ‘never going to speak on’ his hookup with Hannah. Now that she wrote about it in her memoir, he said he won’t ‘confide’ in her going forward.

Rachel Lindsay recalled her conversation with Hannah Brown & the backlash she received from Bachelor Nation after trying to turn the controversy into a teaching moment.

In her new book, Hannah Brown discusses her tumultuous relationship with her ‘DWTS’ partner. She opened up about it further on the HL podcast.

While reminiscing about her time on ‘The Bachelorette’ in her new book, Hannah Brown opened up about sleeping with both Peter and Jed on the show, and compared her trysts with both men.