Tyler Cameron responded to Hannah Brown’s comments about how he “rejected” her while promoting her recently-released memoir, God Bless This Mess. The former Bachelorette, 27, recalled trying to reconnect with Tyler, 28, following her split from Jed Wyatt in 2019 only to find out that he had begun dating Gigi Hadid. While on Nikki and Brie Bella’s The Bellas Podcast on Nov. 29, Tyler addressed the comments.

“Obviously there was a recent headline with Hannah Brown,” Nikki said. “She came out with a book, right, and just mentioned how she’s so heartbroken over [your] rejection.” When the sisters brought up a text message mentioned in Hannah’s book, Tyler said, “I’ve got receipts, too.” He continued, “You know, that whole thing. Like, first of all, you’re going to see the level of respect we have for each other. The way I talked about her in my book showed nothing but love, we’ll see how she talks about me in her book, you know.”

(Tyler released his own memoir, You Deserve Better: What Life Has Taught Me About Love, Relationships, and Becoming Your Best Self, in July.) He added that he wished Hannah nothing but the best. “I hope she’s happy. I hope she’s successful,” Tyler said. “You know, she’s writing books, she’s gotta sell books, she’s gotta make headlines, so. Sell them books.” His response comes after Hannah told PEOPLE in an interview published on Nov. 17 that she was “really caught off-guard” by Tyler’s brief romance with Gigi after she expressed a desire to “make things work.” 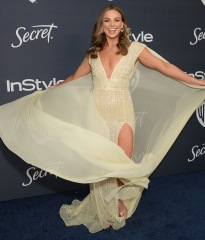 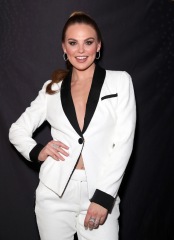 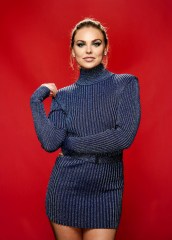 “I was really hoping that we would start dating again,” Hannah said. “I thought I’d made a mistake. I had feelings for Tyler. We had really intimate conversations about planning trips and things. I wanted it to work and to know that everything had happened for a reason. But maybe there was some miscommunication of what that meant.”

The two met on Hannah’s season 15 of The Bachelorette, with Tyler coming in as her second runner-up. She and Jed ultimately got engaged, but it was called off after it was revealed that Jed had a girlfriend. Of Tyler’s romance with Gigi, Hannah said, “I knew we were not together or openly dating, but just from the conversations we’d had, it was so shocking — and so public.”

She added, “I felt like I had to be strong and pretend it didn’t bother me when it did. I was already on the ground and this was another kick. I was deeply hurt. I said to Tyler, ‘I’d date Gigi Hadid too if I could, I get it.’ But it was not the way I wish it was handled.” Hannah said that they “didn’t talk” in the months that followed, explaining, “I was upset with him.”