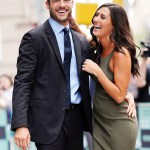 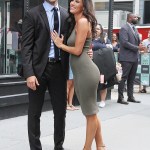 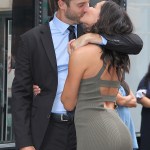 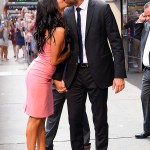 Bio:
Garrett Yrigoyen is an American reality star. He was a contestant on season 23 of The Bachelorette, competing for Becca Kufrin’s heart. During the show’s August 6th, 2018 episode, Becca chose Garrett as the winner.

Best Known For:
Garrett is best known as a contestant on Becca Kufrin’s season of The Bachelorette.

Personal Life:
Garrett was raised in a Manteca, California and has one brother. While attending the University of Nevada, Garrett was apart of the baseball team. Before appearing on The Bachelorette, Garett was a Surgical Technology consultant. In 2015, a marriage license was issued for Garrett.

Is Becca Kufrin shining ‘her light’ as a single lady? She held her beloved dog Minno close and shared a curious message, amid reports that she and fiance Garrett Yrigoyen are done for good.

‘The Bachelorette’s Becca Kufrin and Garrett Yrigoyen have reportedly called it quits! Just two months ago, Becca criticized her fiancé for his solidarity with police following the death of George Floyd.

Garrett Yrigoyen removed some sweet moments with his fiancee, former ‘Bachelorette’ Becca Kufrin on Instagram — which has fans wondering if they’ve split.

Becca Kufrin believes her fiancé, Garrett Yrigoyen’s, Instagram post supporting police officers had the ‘wrong time and message and sentiment.’ She spoke with Rachel Lindsay about the post and more on their ‘Bachelor Happy Hour’ podcast.

Former Bachelorette Becca Kufrin took to Instagram to address on-line speculation that she and her final rose pick, Garret Yrigoyen, had split.