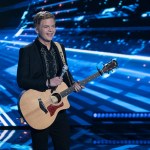 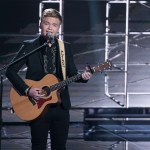 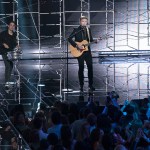 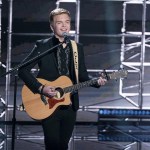 Bio:
Caleb Lee Hutchinson (born Caleb Lee Hutchinson on March 2, 1999 in Dallas, Georgia) is an American singer. Although he was rejected from The Voice, Caleb kept writing songs and playing his guitar, eventually releasing a five-song EP. He made it big on American Idol‘s 16th season, making it all the way to the final episode as the runner-up to girlfriend Maddie Poppe.  Between his audition and the show’s finale, he lost a whopping 70 pounds.

Best Known For:
Caleb is best known for being runner-up on the 16th season of American Idol.

Personal Life:
While on American Idol, Caleb was dating his fellow contestant and winner Maddie Poppe behind the scenes. He kept their relationship a secret until the show’s finale. “Maddie is my pal and I’ve known her since the beginning of Hollywood Week. And she actually happens to be my girlfriend,” he said, before they performed a “Somewhere Over the Rainbow” duet.

Maddie Poppe and Caleb Lee Hutchinson have one of the sweetest love stories. Take a look back at their relationship from its start on ‘Idol’ and find out how they are today.

‘American Idol is about to crown its 2019 winner and last year’s top gal, Maddie Poppe, opened up about how she’s dealing with stepping away from the show and moving on to the release of her first studio album on a major record label.

Today they’re a cute couple, but Caleb Lee Hutchinson has admitted he was intimidated by ‘American Idol’ winner Maddie Poppe when she first started talking him on the show. We got the scoop on what happened!

It wasn’t until Caleb and Maddie made it to the final two on season 16 of ‘American Idol’ that they revealed their romance to the world! What took them so long? They spilled all the details on the HL podcast.

After coming clean about their romance on the ‘American Idol’ finale, Caleb Lee Hutchinson and Maddie Poppe explain why they kept it a secret for so long, when they started dating and more!