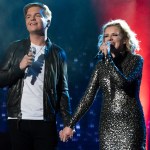 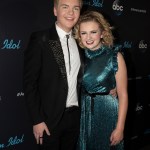 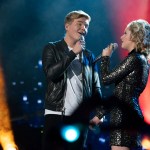 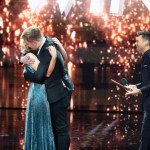 Bio:
Maddie Poppe (born Madeline Mae Poppe on December 5, 1997 in Clarksville, Iowa) is an American singer. Although she originally tried out for The Voice at 17 years old, she was rejected and found success three years later on the ABC American Idol reboot. Between the two competitions, she wrote, recorded and produced an album titled “Songs From the Basement.” On Idol, she gave memorable performances with Colbie Cailat and her boyfriend and fellow contestant Caleb Lee Hutchinson. In May of 2018, she was announced as season 16’s winner and won a recording contract with Hollywood Records.

Best Known For:
Maddie is best known for winning the 16th season of American Idol.

Personal Life:
Maddie met runner-up Caleb Lee Hutchinson at Hollywood Week, and they announced that they were dating during the show’s finale. They then went on to sing a “Somewhere Over the Rainbow” duet while holding hands.