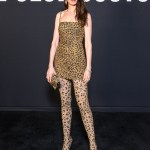 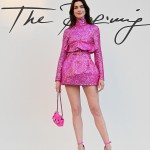 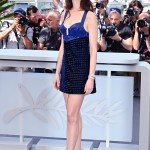 Bio:
Anne Hathaway (born Nov. 12, 1982 in Brooklyn, New York) is an American actress. She gained recognition in 2001 as the character Mia Thermopolis in The Princess Diaries as well as its sequel The Princess Diaries 2: Royal Engagement in 2004. She has also gained acclaim for her films The Devil Wears Prada (2006) and Becoming Jane (2007). She also played dramatic roles in Havoc and Brokeback Mountain, and Rachel Getting Married, for which she was nominated for an Academy Award for Best Actress in the later. In 2010, she starred in box office hits like Valentine’s Day, Alice in Wonderland, Love and Other Drugs, and Rio. She also played Selina Kyle in The Dark Knight Rises and Fantine in the movie adaptation of Les Miserables. She was named one of People Magazine’s breakout stars on 2001 and she appeared in the 50 Most Beautiful People list in 2006.

Best Known For:
With roles opposite Julie Andrews and Meryl Streep, and an Academy Award nomination to boot, Anne has often been dubbed the next Julia Roberts and the darling of Hollywood.

Personal Life:
Anne dated Raffaello Follieri beginning in 2004. The pair split after Raffaello was arrested in 2008 on fraud charges for allegedly stealing millions of dollars from investors by posing as an employee of the Vatican. The police confiscated Anne’s personal journals during the time they were dating, however, the actress was never charged with any crime. Anne started dating Adam Shulman in 2008. They became engaged in 2011, and were married in Sept. 2012. In 2015, she and Adam announced they were expecting their first child together.

Shut. Up! ‘The Princess Diaries 3’ may finally be happening! A new report claims Disney is currently working on a new sequel to the Anne Hathaway-fronted franchise.

Jimmy Kimmel is hosting the Academy Awards for the third time in his career! Here are all of the stars who have taken on the role in the past.

This latest TikTok trend will have you wanting to dress like a grandma — a ‘coastal grandma’ that is! See your favorite stars adopting the look below.

Anne Hathaway celebrated the 16th anniversary of one of her most iconic movies by slamming the overturn of Roe V Wade with a powerful message.

Be stylish & comfortable in this romper all summer long.