Eva Longoria, 39, has no sympathy for Khloe Kardashian, 29, after the ‘Keeping Up with the Kardashians’ star refused to talk about her personal life during a recent interview. The ‘Desperate Housewives’ actress says that, as reality star, Khloe essentially gave up her right to privacy when she agreed to live out her real life on camera.
Actress and producer Eva Longoria didn’t tiptoe around when she was asked to comment on Khloe Kardashian’s reluctance to answer questions about her personal life and family during an interview on the Australian television show Sunrise on March 11. When host Samantha Armytage asked Khloe about her sister Kim Kardashian’s baby, North West, Khloe clammed up and seemed to pull the plug on the live TV interview. But Eva seems to think that nothing in Khloe’s life should be off limits!

So sad. Though everything appeared to be okay on the surface before L’Wren tragically committed suicide on March 17, a new report claims that not only was her business floundering, but her personal life was too — and she felt she had no one who cared and no one to turn to.
Before her death, L’Wren Scott was tragically being pushed into a corner, according to a new report. Besides having zero assistance with her reportedly struggling business, she was also allegedly living an unfulfilled personal life, as her boyfriend Mick Jagger’s daughters never quite allowed her to become part of the family.

Our fave fashionable star has turned up on our style radar again this week — and it is all thanks to her statement accessories! We can’t get enough of how she dressed up her casual lunch get-up and we thrilled to find out her boho chic jewels are totally affordable, too! SHOP if you want to get her style.
Selena Gomez, 21, met a pal for lunch at a Japanese restaurant in LA on March 17.  She looked so mature sporting a light denim button down and black skinny jeans, which she paired with black pumps. She added a boho vibe to the simple yet chic look with her statement accessories, which included trendy orange-mirrored aviators, a turquoise ring, and a cuff. We love the way she decked herself out! Want to jazz up a simple spring outfit? SHOP to get her exact accessories.

The star dishes on how her style sense has evolved and what it was like growing up in such a famous family.
Lily Collins, 25, has found herself on the cover of Lucky magazine’s April issue, looking more flawless than ever. The magazine featured the star as one of the hardest working women in Hollywood and threw the spotlight on her success so far — and we think it is definitely well deserved.

Scarlett Johansson has to be one of the most beautiful woman in the world! The blonde bombshell showed up to the ‘Captain America: The Winter Soldier’ premiere in Paris, France on March 17 looking amazing. Find out how you can obtain a similar eye makeup look below!
Scarlett Johnasson, 29, attended the Captain America movie premiere on March 17 looking stunning. The reportedly expectant mom wore a beautifully tailored red suit to accommodate her growing belly and her choice of makeup definitely added to the already noted maternity glow. Find out ways you can achieve this look below.

It looks like Banksy is not a Belieber! The undercover street artist majorly dissed Justin after the pop star posted a picture of the new Banksy-inspired ink on his arm.
Justin Bieber loves his new body art — a carbon copy of Banksy’s famous “Balloon Girl” graffiti. But it seems the anonymous street artist does not feel the same way. After the Biebs posted a picture of his new tattoo from March 12, Banksy was quick to respond and let fans know that he was not impressed by the singer’s new ink.

JLo dug deep into the archives for her ‘I Luh Ya Papi’ music video, where she brought back some of her most infamous outfits for the shoot — and she told us how it all came together!
Jennifer Lopez has proven once again that she is hotter than ever! The 44-year-old pop sensation debuted her sizzling music video for her most recent single, “I Luh Ya Papi,” on the March 13 episode of American Idol, where the star can be seen rocking very familiar looks! Backstage, she told HollywoodLife.com how it all came together.

Lil Boosie’s daughter Tarlaysisa Hatch is excited about having her dad out of jail. But in this new shocking video, the 5-year-old uses questionable language as she raps about having her dad home. Is this is cute or offensive?
Lil Boosie has received major love from fans since his release from jail on Mar.5, but now his youngest daughter is joining in on the fun. In a new video, little Tarlaysia Hatch is seen, overcome by joy and excitement, rapping about her dad’s return home. Shockingly enough, the young tot uses some very questionable language. Click below to watch.

The powerhouse singer looked absolutely flawless while performing for President Obama and the fashionable first lady at the White House — and we can’t get enough of her sparkling gown! Did you love her look?
Ariana Grande paid tribute to the late Whitney Houston by performing her own beautiful rendition of the icon’s “I Have Nothing,” song at the Women of Soul: In Performance at the White House concert event on Mar. 6th in Washington, DC. While the 20-year-old unleashed her powerful voice, the petite star looked simply stunning in a sparkling gown.

Woah… Kylie Jenner has turned into a vampire! Just kidding, she actually just uploaded a picture on March 5 sporting some bright, red eyes. She definitely scared us with her new red eyed look, but we want to know if you love it or loathe it? Vote below.
16-year-old Kylie Jenner posted an Instagram selfie on Mar. 5 with a different filter to her picture — no filter! Did she get red eyes from a flash or is it red contacts? Check out the picture for yourself and tell us, do you love or loathe Kylie with these vampire eyes?

Seems like Drake has become just another part of the family. The Canadian rapper was recently seen partying with Samantha Fenty, Rihanna’s half-sister in Berlin. We get it Drake — spend time with Rihanna in Paris, kick it with her sister in Berlin, but you and RiRi are not a couple. Come on guys.
For a pair that’s “not dating,” Drake and Rihanna sure do seem like a couple. Drake was even spotted recently chilling with Rihanna’s half-sister, Samantha Fenty, in Berlin. The pair seemed really comfortable around each other. What’s more official than meeting the family?

Rihanna was allegedly confronted by Serena Williams at Drake’s Paris concert on Feb. 24, and it wasn’t pretty. Both ladies are known for having a ‘friends with benefits’ relationship with Drake, so maybe Drizzy should have thought twice before inviting them both to the same show!
Serena Williams, 32, noticed Rihanna, 26, backstage at Drake’s Paris concert — and she wasn’t very happy to see her. Serena confronted her ex’s new flame and they exchanged some not-so-friendly words, according to a new report.

‘Celebrity Rehab’ host Dr. Drew Pinksy has addressed his daughter Paulina’s seven year struggle with anorexia and bulimia. In Nov. 2013, Paulina revealed that her mom, Susan Pinksy, was putting too much pressure on her to be ‘perfect.’
The addiction specialist, Dr. Drew Pinsky is opening up and vocalizing his support for his daughter, Paulina Pinsky, and her road back to recovery from her seven year battle with anorexia and bulimia. Back in November 2013, the 21-year-old revealed her struggle in an open letter on a university news website that addresses her eating disorder and  her path to recovery.

It’s been five years since Natasha Richardson died in a skiing accident, and now her husband Liam Neeson is finally opening up about her death in an emotional ’60 Minutes’ interview with Anderson Cooper.
Liam Neeson has always been a private man, but this clip from his 60 Minutes interview with Anderson Cooper— an interview which will air on Sunday, Feb. 23 — finds the actor candidly discussing his wife Natasha Richardson’s death in a surprisingly honest, emotional way. Find out what Liam had to say below. 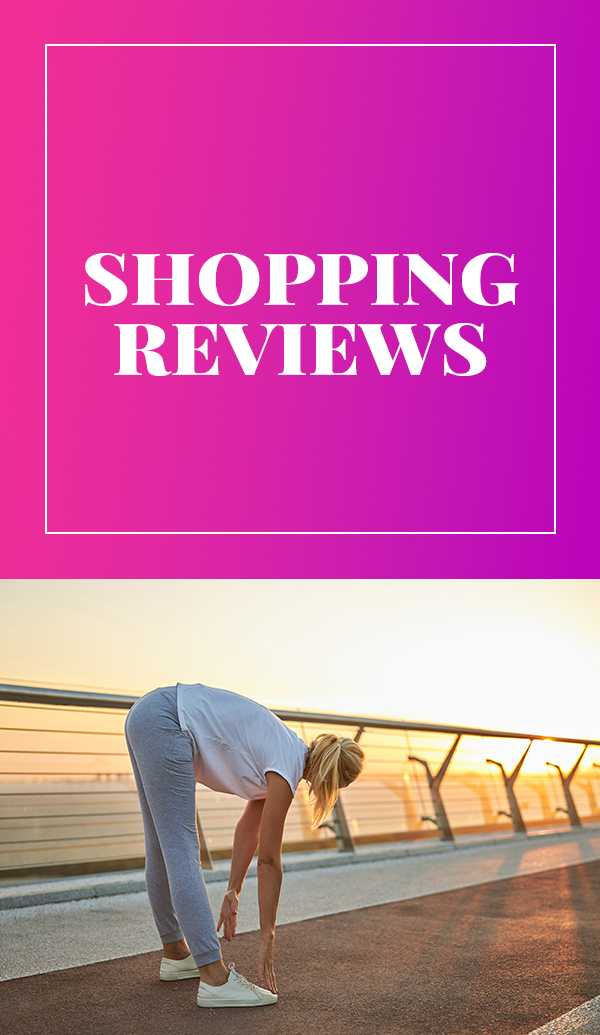 Cozy Hoodies & Sweatpants That Women Love Even More Than Everlane’s 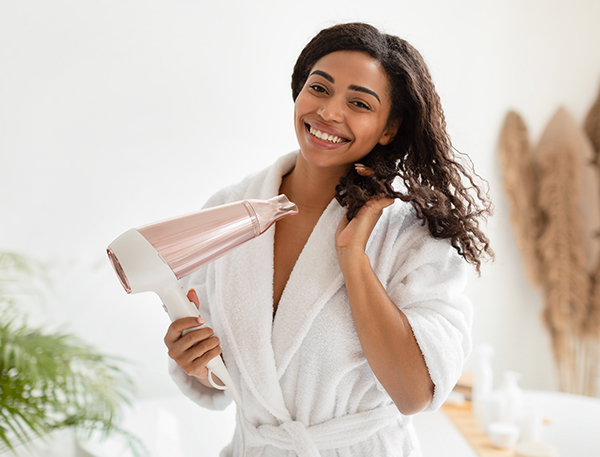 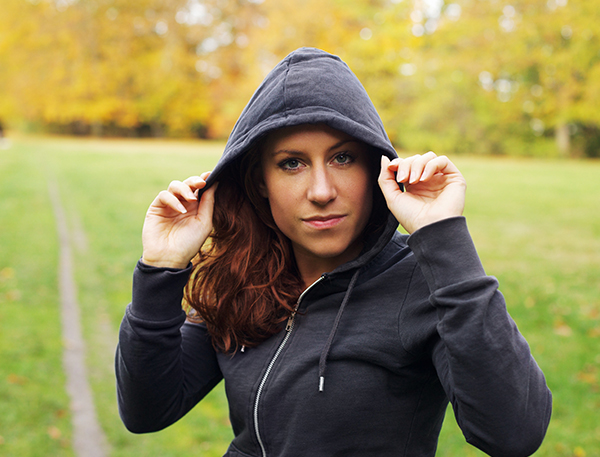 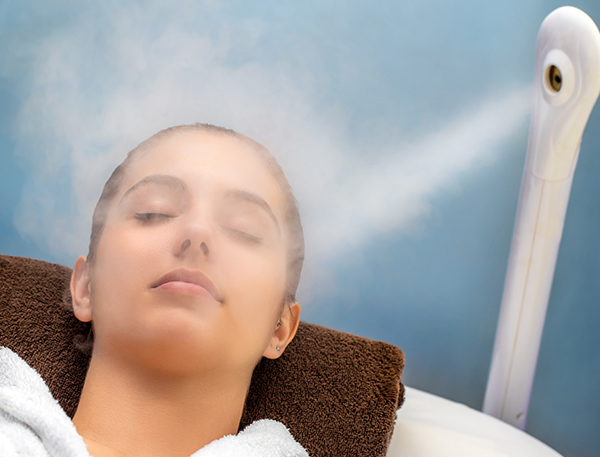