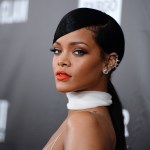 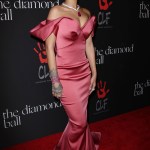 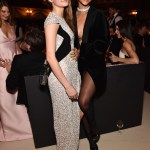 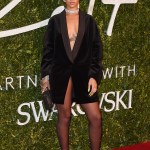 Rihanna was allegedly confronted by Serena Williams at Drake’s Paris concert on Feb. 24, and it wasn’t pretty. Both ladies are known for having a ‘friends with benefits’ relationship with Drake, so maybe Drizzy should have thought twice before inviting them both to the same show!

Serena Williams, 32, noticed Rihanna, 26, backstage at Drake’s Paris concert — and she wasn’t very happy to see her. Serena confronted her ex’s new flame and they exchanged some not-so-friendly words, according to a new report.

Serena Williams & Rihanna Fight — Are They Battling Over Drake’s Love?

Serena wasn’t pleased to see the “Diamonds” singer hanging out with Drake in the City of Love. The tennis star approached Rihanna backstage and had it out with her, according to MediaTakeOut. Luckily, nothing physical happened, and Rihanna’s security team was standing by in case anything truly nasty went down.

Unfortunately for Serena, the night got even worse. Drake chose to leave the show with Rihanna, and the rumored lovebirds spent the night living it up at the popular nightclub Club 79 — and of course, Serena was not invited.

Serena was quick to express her dismay in a cryptic message via Twitter. So sad!

Me. Mine. Alone. Myself. I. One. Solo. Unaccompanied.

Rihanna & Drake — Are They Or Aren’t They?

Drake and Rihanna have a history of being an on-and-off couple. Serena walked into the picture and became friendly with Drake when the two artists were taking a break. HollywoodLife.com already reported that Drake, during an interview with Rolling Stone, revealed that Rihanna was his ultimate fantasy, but he also said that there there was no romantic relationship going on between the two of them right now.

“We have fun together, she’s cool and s–t,” Drake said. “But we’re just friends, she’s my dog for life.”

Drake and Rihanna have been seen hanging out on several different occasions since that interview, so it definitely looks like things have changed in a major way over the past few weeks!

HollywoodLifers, do YOU think Rihanna and Drake should make it official? Let us know your thoughts in the comments!