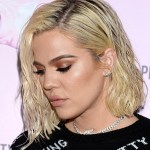 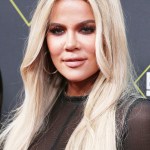 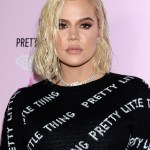 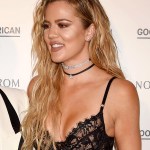 Eva Longoria, 39, has no sympathy for Khloe Kardashian, 29, after the ‘Keeping Up with the Kardashians’ star refused to talk about her personal life during a recent interview. The ‘Desperate Housewives’ actress says that, as reality star, Khloe essentially gave up her right to privacy when she agreed to live out her real life on camera.

Actress and producer Eva Longoria didn’t tiptoe around when she was asked to comment on Khloe Kardashian‘s reluctance to answer questions about her personal life and family during an interview on the Australian television show Sunrise on March 11. When host Samantha Armytage asked Khloe about her sister Kim Kardashian‘s baby, North West, Khloe clammed up and seemed to pull the plug on the live TV interview. But Eva seems to think that nothing in Khloe’s life should be off limits!

Eva was in Australia for the Melbourne Fashion Festival last week, and she gave a pretty blunt response when an Australian radio host asked her about Khloe’s question restrictions.

“There’s definitely things that are off limits and shouldn’t be asked (but) I think it is different for a reality star than it is for an actor,” the L’Oreal ambassador told the Confidential on Nova radio program.

“An actor goes out and acts and does work, certain things are left to be private,” she continued. “Reality stars are kind of living out their lives, that’s why they are famous, because of the reality of their lives.”

Even though Khloe is used to living her life in front of the cameras, her desire for privacy has been growing ever since the demise of her marriage to troubled basketball star Lamar Odom, 34.

Although Khloe’s Australian representative confirmed to Sunrise that the interview had been cut short due to the questions about baby North, the reality star denied the claim on Twitter in not one but two tweets.

Why would I cut an interview short because of North? Get over your self Sunrise… The call dropped… stop reaching for a story

You are so fucking desperate!

Eva makes a good point but we do think that everyone should have a right to some privacy — even if they are reality TV stars. What do YOU think, HollywoodLifers? Are you on Team Eva or Team Khloe? Let us know!