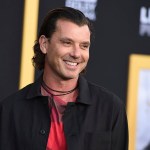 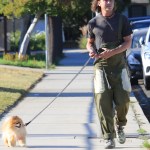 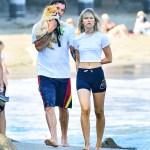 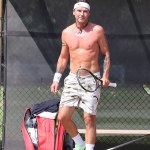 Gavin Rossdale, 55, appeared to be in high spirits when he was seen walking his dog on July 2. The Bush frontman was photographed going for a stroll with his sweet pup Chewy as he kicked off his holiday weekend. The singer opted for a black tee and army green overalls, along with green sneakers, as he wore his shoulder-length hair down in loose curls.

As fans would know, the outing comes amid wedding bells for his ex Gwen Stefani, 51, and her new man Blake Shelton, 44, who could be married any day now! The A-list couple officially filed for a marriage license on Tuesday, June 29 in Blake’s home state of Oklahoma. Once a license has been filed, couples have 10 days to legally tie the knot.

They will reportedly say their ‘I do’s outdoors at Blake’s sprawling Oklahoma ranch, which has an outdoor chapel on site, according to TMZ. Of course, Gwen’s kids with Gavin — Kingston, 14, Zuma, 12, and Apollo, 7 — are all expected to be in attendance to help celebrate her mom’s big day.  Blake proposed to Gwen in October 2020 after five years of dating. “Hey @gwenstefani, thanks for saving my 2020… And the rest of my life… I love you. I heard a YES!” the country star tweeted, along with a photo of him kissing Gwen while she held up her hand (with the new engagement ring on her finger.) 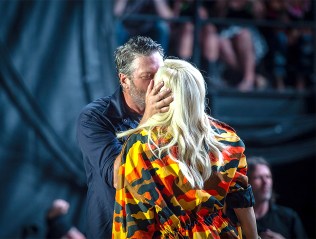 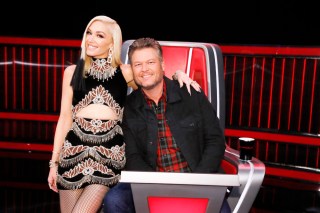 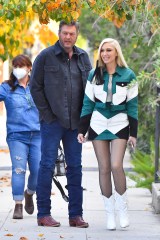 They first met while filming The Voice, and Blake opened up during the show’s May 3, 10-year anniversary special. “People ask me all the time, ‘What’s the greatest thing that’s happened to you since you’ve been on The Voice?’” Blake explained. “That’s a no brainer, right? I met my fiancee here!”

When Gwen made her debut on the show during season 7 in 2014, the pair were both with other people: the “Sweet Escape” singer was married to Gavin and Blake was married to Miranda Lambert. However, when Gwen came back for season 9 in 2015, they each found themselves single.