DaBaby surprised everyone when he dropped a new freestyle on February 20, and appeared to diss 17-year-old child star JoJo Siwa. Fans were very confused why the 29-year-old rapper, who has a young daughter in Jojo’s target demographic, would take aim at the Dance Moms alum turned YouTube star. “Turn me up, n–– gon’ see why/ N––, you a b––, JoJo Siwa (B––),” he rapped on his version of the single “Beatbox” by Spotem Gottem. 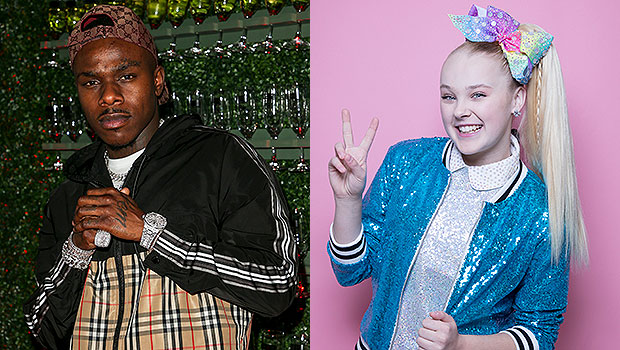 Fans immediately took to Twitter to laugh at the idea of the rapper being embedded in beef with Jojo, whose net worth is reportedly $14 million — and she’s not even 18. “#DaBaby is disrespecting our queen #JoJoSiwa! Oh, hell no!!!” gossip writer Perez Hilton tweeted, while another fan wrote, “what kind of beef could DaBaby possibly have with JoJo Siwa.” The overall feeling appeared to be confusion, with one user tweeting, “Out of all the people on the INTERNET… jojo siwa…. girl wut?” Watch this space to see whether Jojo drops her own diss track!

#DaBaby is disrespecting our queen #JoJoSiwa! Oh, hell no!!! pic.twitter.com/D8iJo7M2nA

When the young millionaire isn’t getting swept up in internet drama, she’s usually singing or dancing on platforms like TikTok and Instagram. Jojo also recently posted a sweet Valentine’s Day tribute for her new girlfriend Kylie Prew. “It’s my first valentines dayyyy!!” she gushed. “No one in the world makes me as happy as this girl does. I’m so thankful to have fallen in love with the most perfect person ever who makes me smile 24/7. I love you more than you’ll ever know!”

JoJo and Kylie were “best friends” before their relationship took a romantic turn in early 2021. “After being my best friend for over a year, January 8th 2021 I got to start calling this exceptional human my Girlfriend… and Since then I’ve been the happiest I have ever been!,” Jojo shared on Instagram. It came just a few weeks after she officially came out, first posting a video set to Lady Gaga‘s hit “Born This Way,” then sharing a picture of herself in a tee that read “Best. Gay. Cousin. Ever.”