Eagle eyed Kim Kardashian fans have noticed the makeup mogul, 40, was wearing her wedding ring in new snaps for the upcoming KKW Beauty Matte Honey collection. The mom-of-four took to Instagram on February 5 to share a series of pics from her new campaign, amid rumors she was estranged from her rapper husband Kanye West, 43. The reality star posed in a nude lingerie set and slicked her raven tresses back, as she donned a golden brown makeup look.

The camera zoomed in close as honey was poured on Kim’s head, and trickled down her face. “Matte Honey – this collection is everything!!!!” she captioned the carousel post. I love a matte look and had to make this honey golden version but all matte! I’ve had so much fun playing with these brand new palettes. I love this collection and I can’t wait for you guys to try it!’ she said. The line launches on February 12.” In another shot, Kim was seen wearing an elaborate floral headdress while rocking the colors from her mauve collection. She donned a beige crochet bra top so that the makeup could really pop against her tanned skin. 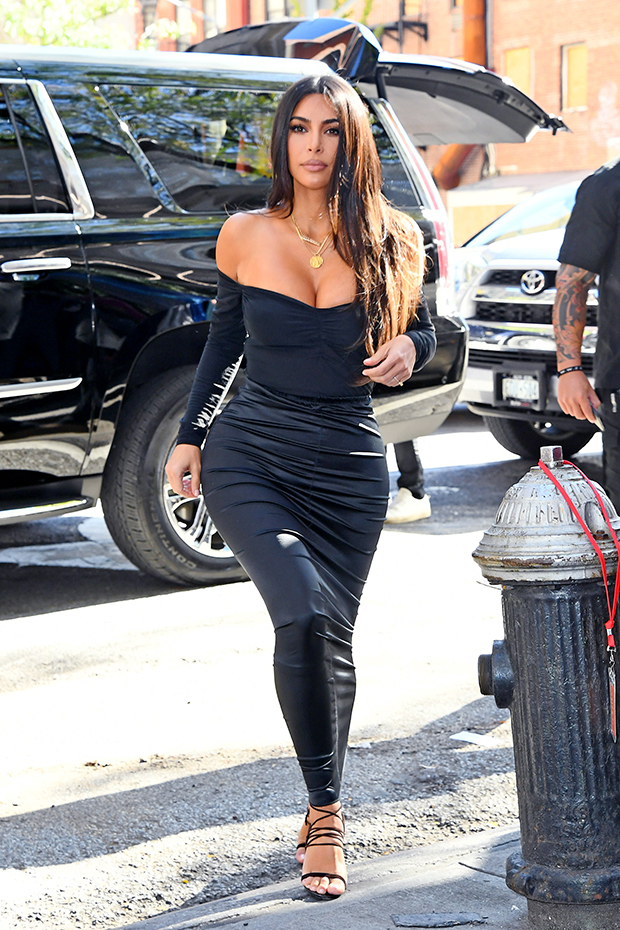 It comes amid speculation that Kim and Kanye are headed for a divorce after six years of marriage. The rapper reportedly moved 500 pairs of sneakers out of the house he and Kim share before flying to his ranch in Wyoming, according to Page Six. “They both felt it would be less dramatic without both of them in the house,” a source told the outlet. Despite the persistent rumors, a source recently told us that the couple, who share four children together, have been communicating better. “Kim and Kanye have been spending more time communicating on the phone,” the source EXCLUSIVELY told HollywoodLife. “It started about 3 or 4 weeks ago and it’s much better than it was between them, but Kim still needs more. She’s being patient though because she does feel Kanye is starting to try.”