Nikki Glaser, 36, is set to host the MTV Movie & TV Awards: Unscripted show. The first-ever event is covering all things reality TV (we’re looking at you, Bravo) and airs on Monday, May 17, which she confirmed via Instagram on May 8. The comedian is no stranger to television, previously competing on season 27 of Dancing With The Stars — but there’s plenty you may not know about this Ohio native. Here’s 5 facts about Nikki Glaser.

Nikki Glaser is a stand-up comedian and host

She started performing stand-up at the age of 18. Glaser has performed stand-up on The Tonight Show with Jay Leno, Conan, and two seasons of Last Comic Standing. She also hosts Comedy Central’s “You Up With Nikki Glaser,” which airs daily on SiriusXM. She was the host of the television series Not Safe with Nikki Glaser, which premiered on Comedy Central in 2015. Glaser was born in Cincinnati, Ohio, and earned a degree in English Literature at the University of Kansas.

Nicole Rene Glaser was born June 1, 1984 to parents Julie and Edward J. Glaser in Cincinnati, Ohio. She later moved to St. Louis, Missouri where she attended Kirkwood High School. She continued her post secondary studies at the University of Colorado Boulder, transferring to the the University of Kansas where she graduated with a degree in English Literature.

She was on ‘Dancing With The Stars’

Nikki competed on season 27 of DWTS with her pro partner, Gleb Savchenko — but almost didn’t do the show! “I had a little bit of a hesitation and I hung up the phone and I was like, ‘Let me think about it,'” she said in a video promoting Dancing with the Stars. “Then I was telling a friend and she was like, ‘Think about the outfits!’ And, I go, ‘I’m doing it!’ Because when else am I going to get to wear this? It’s so fun,” she added. Glaser also admitted that she ultimately chose to part of the show because it’s something she wouldn’t typically do for fear of caring what others think. 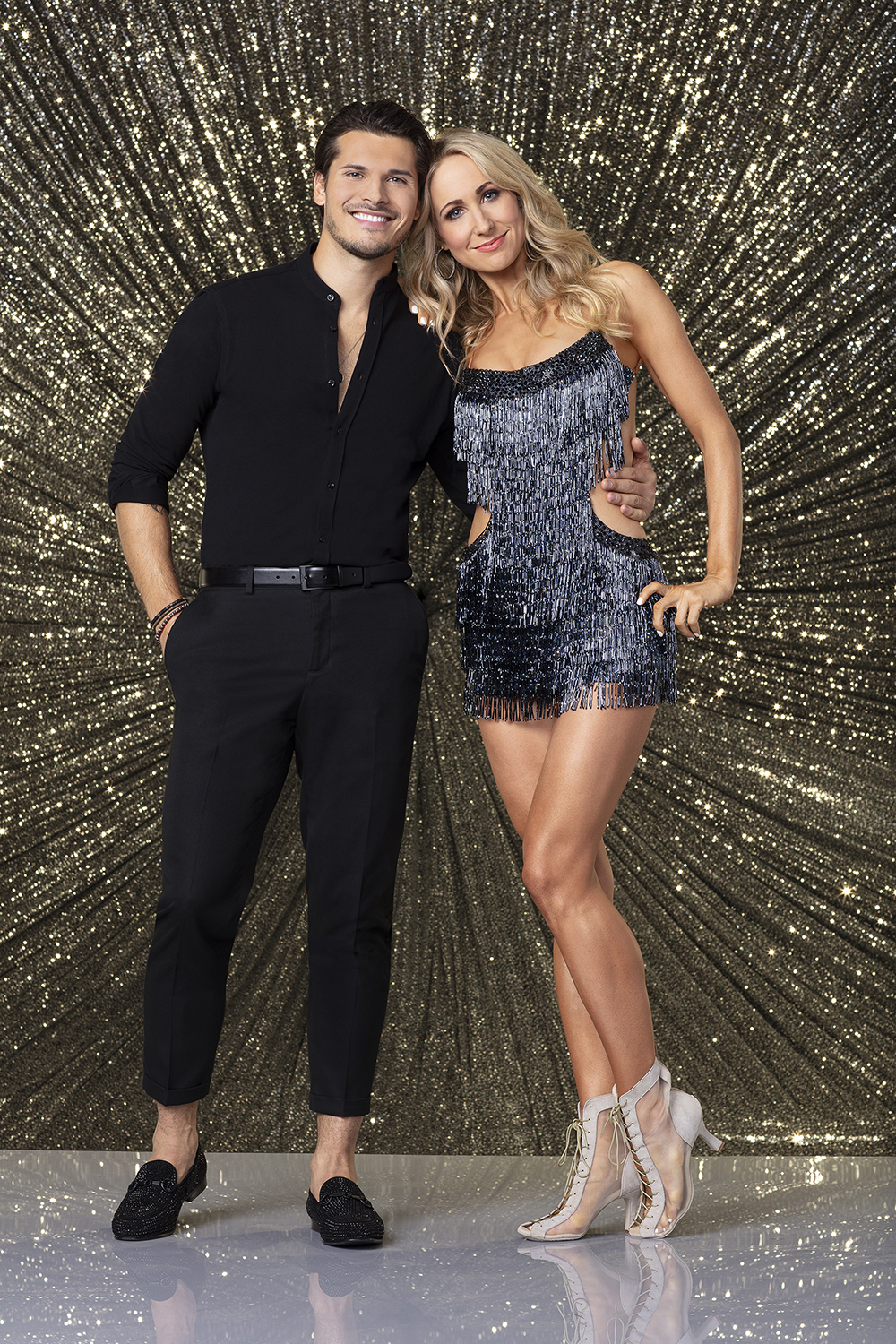 “I said ‘yes’ because I’m 34 and I’m tired of caring what people think,” she said in a video promoting the show. “This show to me is only scary because I would care what people thought of me. I’m tired of being a woman who cares what other women or other men think about my looks, about my talent, or skills. It is  a waste of time. I’m doing the thing i’m worst and I don’t care what you say I’m just going to have fun. So, if I can do this then literally I can do anything, I believe that, because this is scary for me,” she also revealed. Unfortunately for Nikki, she was the first eliminated from the competition.

Nikki regularly posts photos of her adorable dogs to the ‘gram, proving she’s devoted to her sweet pets! She even revealed she was fostering one back in 2017 that she still appears to have. Her parents — particularly dad Edward — also seems to be close with the four-legged family members. In a photo back in January, she was all-smiles as she snuggled the two pups on a couch. “Deadbeat dog mom,” she joked in the caption.

In addition to her wildly successful career as a stand up comic and podcast host, she has appeared in several movies — including Trainwreck with Amy Schumer. Nikki played the role of Lisa in the comedy, which also included a cameo from John Cena. She’s also appeared on MTV shows such as Money from Strangers, Awkward. After Show. You’re Welcome., and Failosophy.