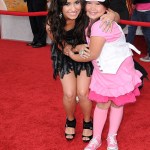 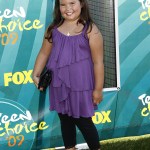 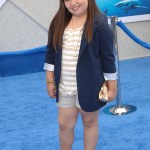 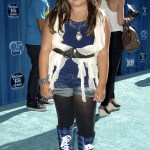 Demi Lovato‘s younger sister Madison De La Garza, 19, is one of her family members featured in YouTube’s new documentary series Dancing With The Devil. In the eye-opening film, Demi, along with her closest friends and family, opens up about the events leading to and following her near death overdose in 2018.

“I heard my mom pick up the phone. It was something in her voice that told me something really, really bad had happened,” Madison says as she remembers the terrifying incident, that lead to her sister having three strokes and a heart attack. “When I hear stories [like] ‘my family members chose addiction over me’… I know too much about addiction and mental illness to think that that’s all there is to it,” the 19-year-old said, noting her sister is “very good at what hiding what she needs to hide.”

A decade ago, Madison was a key reason for Demi’s initial attempts to stay sober: the then 18-year-old was told she would no longer me able to see her little sister if she didn’t get clean. In 2018, Demi was “legally blind” as she came to following her overdose — leading to a sad and scary moment where she physically couldn’t see Madison.

“The first moment I saw Demi in the hospital. She looked at me and she opened her eyes, and I said ‘I’m here, and I love you,'” Madison recalled. “She looked be dead in the eye and said, ‘who is that?’ which is something you never want to hear your sister say.” Demi then remembered Madison “sobbing” as she made the connection to what happened at the hospital in 2018 to what she was told all those years ago. “I know [physically not seeing is] not what [my parents] literally meant — I know they meant it metaphorically. In a weird way poetic it ended up happening like that and me to being able to see her.

Madison De La Garza was born on December 28, 2001 to parents Dianna De La Garza, 58, and Eddie De La Garza. Through her mother Dianna, she is the younger half sister of Demi and Dallas Lovato, 33.

“I think when people say they wish Demi Lovato was their sister, they don’t realize how hard it is to be related to someone who’s constantly away on tour. But she’s good at making time for me,” a 13-year-old Madison said to Seventeen back in 2015. “We text constantly, and whenever she sees a funny tweet, she’ll screenshot it and send it to our family group message. My phone is constantly going off just from that. When Demi is home, our relationship is just like any sisters’. We get fro-yo and watch the ID channel — we’re obsessed — and we talk about anything and everything. I know I can trust her with it all,” she said.

In Dancing With The Devil, a now 19-year-old Madison opened up about being the reason for Demi’s initial attempt to get sober a decade ago. “To be honest, when I found out that Demi wanting to see and wanting to keep a relationship with me was one of the reason’s she went to treatment, I didn’t believe it. That a sister relationship like that could stand in the way of Demi and her addictions,” Demi’s youngest sister confessed.

She starred on ‘Desperate Housewives’

Just like her older sisters Dallas and Demi, Madison has also acted! As a child, she starred as the daughter of Eva Longoria‘s Gabriella on Desperate Housewives. At the age of 7, Maddie began playing the character of Juanita Solis — appearing on the popular ABC series until it’s final episode in 2012.

“I was 6 — I got the audition notice from my agency. It was in L.A. and I was in Texas,” Maddie explained in a 2016 video breaking down her audition — joking she “wanted to be like Hannah Montana.“ With the help of her sister Dallas, who filmed the audition, the family submitted a tape. “My mom wasn’t expecting me to get it,” she added, as mom Dianna interjected.

“It was the biggest show — it was ABC — it was Desperate Housewives…we mailed the tape by snail mail,” the Falling with Wings: A Mother’s Story author explained. “They asked how fast we could come out…and I remember [later] they called and said she got the show!” Initially, they thought the role would be just a few episodes — but it turned into a four year gig that is Madison’s best-known role to date! At the time, Demi had also landed Sonny With A Chance so the family was already moving to Los Angeles permanently — but had to rush due to Maddie’s new gig. “To this day, being on Desperate Housewives was the best experience ever…I miss that set so much every day,” Madison said.

Maddie’s mom Dianna De La Garza proudly posted photos from her daughter’s high school graduation in 2019 — revealing the teen would be enrolling in Chapman University that coming Fall. Maddie looked so grown up in her white graduation gown as she snapped photos with friends.

“Well tonight’s the night that @maddelagarza graduates high school… I don’t know why this hurts so much except I feel like my job is done here, and that I’m sending my baby girl out into the world to make a difference,” Dianna gushed in her caption. “With her writing, her producing, and her directing, and just being the beautiful soul she is for the whole world to see… I hope she knows how much all those drives back and forth to school have meant to my life,” the mom-of-three also wrote.

“It’s official!! i can’t believe i get to say that in a few months i’ll be attending @cu_dodgecollege at @chapmanu,” Maddie also wrote in a post of her own, rocking one of the university’s sweatshirts.

Madison periodically posts about her most recent reads on Instagram, including one back in 2017. She posted a selfie of herself holding a copy of Lauren Oliver‘s Replica. “I’m LOVING this book by Lauren Oliver. it’s so cool how you can read it three ways: Lyra first, Gemma first, or alternating between them,” she wrote.

She’s made her own short films

Madison has written and starred in a handful of her own projects, including 2018’s Subject 16. “A man wakes gasping for air in a sealed cylinder, but cannot recall his own name or the name of the woman who freed him from the chamber,” a description of the film reads, listing Madison as playing character Sophia.