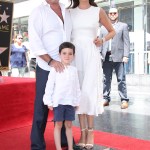 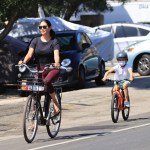 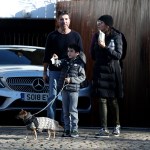 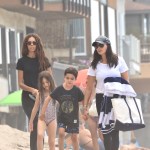 Simon Cowell is engaged! Here’s everything you need to know about his fiancée and New York City socialite Lauren Silverman.

Simon Cowell, 62, once said, “There’s no need for me to get married. I live with someone; we’re happy; end of story,” but it seems that’s no longer the case since he popped the question to his longtime girlfriend Lauren Silverman, 44. The America’s Got Talent creator got down on one knee on the beach during a family vacation to Barbados where he owns a home.

“It was super sweet,” an insider told Page Six of the proposal. “They’re good together.” Simon and Lauren’s engagement came after over seven years of dating. Now that there are wedding bells in the future for the former American Idol judge, here’s everything you need to know about Simon’s bride-to-be, Lauren Silverman.

1. Lauren Shares A Son With Simon.

Lauren and Simon share 7-year-old Eric Cowell. Eric was born on February 14, 2014, at six pounds and seven ounces at Lenox Hill Hospital in New York. Even though Eric came a week early, Lauren gave birth to a happy and healthy baby. 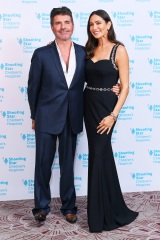 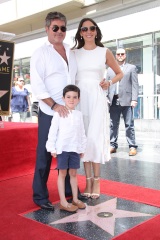 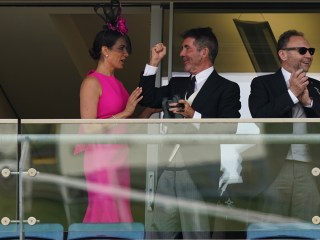 Even though Simon was always known as being the mean judge on American Idol, it seems he has a soft spot for his son. While talking to Hollywoodlife, he told us EXCLUSIVELY that he thinks he and Lauren will be great parents. “I don’t think I would have been a great dad at the age of twenty. But now, I have Squiddly and Diddly [his dogs] and I’ve trained them … actually, they’re not trained at all. Actually, now that I think about it, they’re the worst behaved dogs in Beverly Hills,” Simon quipped before adding, “No, I’ll be a good dad and Lauren will be a great mom.”

2. Lauren Used To Be Married To Simon’s Friend

Lauren stirred up the tabloids quite a bit when she and Simon revealed their romantic relationship. The pair had known each other since 2004 since she was married to his friend Andrew Silverman. Over time, the two started an illicit affair behind Andrew’s back. They came clean in 2013 around the time Lauren became pregnant with Simon’s child. Andrew allegedly had a feeling there was something going on between the two as he overheard them speaking on the phone for hours, sources told TMZ at the time.

Shortly after, Simon spoke about the forbidden relationship. “It is not something I am proud of or wanted to happen in terms of hurting anyone,” he told The Mirror at the time. “It just happened…You have to deal with it and man up to it. You have to accept the responsibility and the criticism.”

3. Lauren Is A Socialite.

Lauren’s living the good life as her main job title seems to be NYC socialite. She has been spotted rubbing elbows with the likes of the Pussycat Dolls singer Nicole Scherzinger, fashion model Heidi Klum and actress Sofia Vergara. Even though she shot up in fame once she started dating the X-Factor judge, Lauren has always enjoyed a lofty lifestyle. She is the daughter of influential real estate developer Steven Davis and Carole Eisenberg.

4. Lauren Has One Otsaher Son.

Lauren previously had one other child before giving birth to Simon’s son, Eric. Lauren had her son Adam Silverman in 2006 while she was still married to Andrew. Simon has taken Adam in as his own. Adam lives at Lauren’s home with Simon and Eric and the four act as a happy unit. Lauren has previously doted on how well Simon has adjusted to living with two kids and joked that he sometimes makes it feel like there are three of them.

Even though Lauren is a socialite, she doesn’t engage on social media. There is a very specific reason why too. Lauren deleted her Instagram back in 2013 when news broke of her affair with Simon. It’s not surprising that the socialite would be met with a lot of backlash so she said goodbye to the site and hasn’t come back since. Interestingly enough, her last post on the site may have even hinted at the affair before it was announced. She uploaded a picture of a quote about love. “Throughout life you will meet one person who is unlike any other. You could talk to this person for hours and never get bored, you could tell them things and they won’t judge you. This person is your soulmate, your best friend. Don’t ever let them go,” the quote read, as per E!.