Chris Pearson was fatally stabbed in Los Angeles on Oct. 10. Learn more about the ‘Ex On The Beach’ star here.

Former MTV star, DJ and music producer Chris Pearson was killed on October 10 in a stabbing incident in Los Angeles. Per reports, the 25-year-old was stabbed to death by an unidentified suspect during an altercation around 2:00 a.m. in the Woodland Hills neighborhood. He was rushed to the hospital and succumbed to his injuries roughly an hour-and-a-half later. Police are continuing to investigate the incident.

Below, learn five key things about Chris, including his stint on reality television and his work in the music industry.

Chris was among the cast of season 1 of MTV’s Ex on the Beach, which aired in mid-2018. He was reunited with two of his exes, Chelsko Thompson and Haley Read, on the season. Chris appeared in all 11 episodes, and was one of the cast members who had no experience on reality television prior. The season also featured Paulie Calafiore of Big Brother, Faith Stowers of Vanderpump Rules, Jasmine Goode of The Bachelor, Chase McNary of The Bachelorette, and Cory Wharton of Real World. 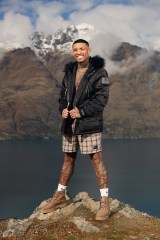 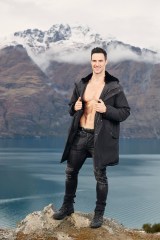 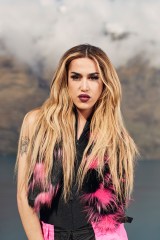 Following news of Chris’ death, the Ex on the Beach Twitter account paid tribute with a photo of Chris and a heartfelt message. It read, “We are deeply saddened to hear about the loss of Chris Pearson. Our hearts go out to his family and friends during this difficult time.”

2. He went by ‘Creatures Ferris’ in the music industry.

Chris went by the alias Creatures Ferris for his career as a singer and music producer. He collaborated with many different artists to create music. Three months before his death, Chris dropped the song “Answers in the Rain,” which also featured Javi Guzman and Frances Leon. Before that, he released the song “Lost in the Night” with Armada Music. Chris promoted his music on his Instagram page, which has over 17,000 followers.

Per his IG page, Chris was a DJ. In July, he DJed at a club in Colorado, which included VIP bottle service. He would share many of his late-night outings via videos on his social media pages.

4. He owned a sports/fashion brand.

Chris was the owner of GoociFlooci, which is “a sport/fashion brand with a brilliant approach to the new era,” according to its IG bio. The brand was “under the creative direction” of Chris, the bio also states. The brand’s online store features colorful graphic shirts, sweatshirts, sweatpants and more articles of clothing.

5. His death was ‘a tragic encounter’.

Chris’ death has left his family, friends, MTV co-stars, music collaborators, and fans reeling. A GoFundMe page was set up to help with the funeral expenses, and in the page’s description his death was described as “a tragic encounter.” It also said, “Chris was the one person that loved with his whole heart. He had so much love and energy to give to every single person he crossed paths with.” As of Oct. 11, the page has raised over $5,000 of its $30,000 goal.