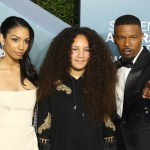 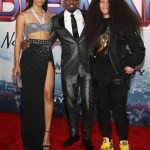 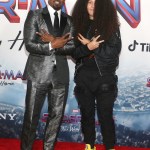 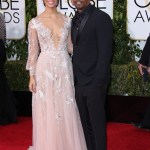 Who was that cook pre-teen joining Jamie Foxx at the new ‘Spider-Man’ film premiere? It’s his youngest daughter, Annalise Bishop, so get the scoop on Jamie’s pride and joy.

Jamie Foxx had the best plus-one – make it, a plus-two – on the red carpet for the Spider-Man: No Way Home premiere on Monday (Dec. 13) at the Regency Bruin Theatre in Los Angeles. Jamie, who reprises his role of Electro in the newest Marvel movie, took his two daughters, Corinne Foxx and Annalise Bishop. Corinne, 27, looked amazing in her silver crop top and a high-waisted black skirt, and Annalise, 12, showed off her rockstar style, wearing yellow Jordans, a black jacket, and matching cargo pants. This was far from the first time Annalise joined her father on the red carpet, so get to know all about Jamie’s youngest daughter.

1. Her Mother Is Kristin Grannis.

Annalise was born on Oct. 3, 2008. She is Jamie’s second – and youngest daughter – and the only one he shares with his ex-girlfriend, Kristin Grannis. Kristin and the notoriously private Jamie kept their on-again/off-again relationship a secret until she was identified in 2017. Since then, the two have spent some time together, most notably a July 2020 dinner date at Nobu in Malibu.

As for those wondering why Annalise’s last name is Bishop when her mother’s surname is Grannis, it’s because Jamie Foxx was born Eric Marlon Bishop. Eric took the name Jamie Foxx during his stand-up days. He chose the androgynous “Jamie” because he thought female comedians were often called first to perform at open-mic nights, and “Foxx” as a tribute to Redd Foxx, per The Independent. 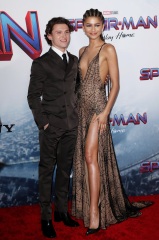 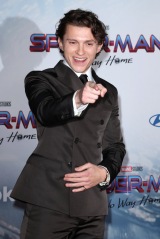 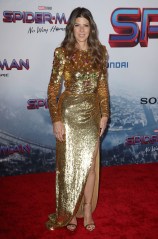 2. She’s Often Spotted Hanging Out With Her Dad.

Annalise is Jamie’s daughter, in that she’s very private with her personal life. Unlike some other children of A-listers, Annalise hasn’t used her parent’s fame to launch herself as an influencer or a second-generation starlet. This isn’t to say that Annalise doesn’t enjoy being the daughter of Jamie Foxx. In addition to attending premieres with her pop, she has been spotted hanging out with him during holidays and joining him on the red carpet for high-profile events.

It’s sometimes easy to forget that Jamie Foxx has multiple Platinum records to his name. Along with “Blame It” (featuring T-Pain) and “Unpredictable” (with Ludacris), Jamie’s voice is on Kanye “Ye” West’s “Gold Digger.” It appears that the musical apple hasn’t fallen far from the tree. Jamie revealed in an August 2020 interview that he quarantined with the “whole family” during the COVID-19 pandemic, and it allowed him to connect with his daughters – and realize that he has an opening act next time he goes on the road. “My 11-year-old now knows how to play the piano so well. She actually plays my songs while I sing to them,” said Jamie, referring to Annalise. “She said, ‘I am going on tour with you.’ I am blessed. We are all blessed.”

Jamie’s first dramatic role came in 1999 when he starred in Oliver Stone’s football film, Any Given Sunday. Jamie actually played football in high school and dreamed of playing for the Dallas Cowboys. Again, it seems that this talent has been passed down to the next generation – except Annalise might end up playing for the Los Angeles Sparks or the Dallas Wings. “She’s 5’10,” Jamie said of his daughter during an Oct. 2021 interview on Good Morning America. “Her last [basketball] game before COVID, she was playing with the boys, she had 21 points, 17 rebounds, 5 blocks.”

5. He Father Is Her Biggest Fan.

Jamie said that we “gotta prop [our daughters] up” while appearing on SiriusXM’s The Mike Muse Show in Oct. 2021. “So I take them to places, let them see women handling jobs in high places and empowering them in trying to unlock what has been locked for so many years with women of that, this is the only place you can go. This is as high as you can go. Jamie also revealed that he tells his daughters, “I want you to crack that glass ceiling. I want you to break it wide open, because you’re mine.”