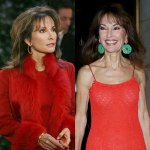 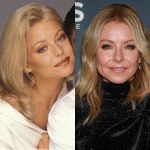 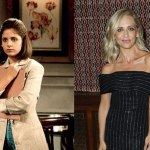 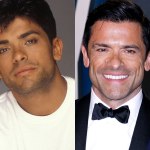 Even though ‘All My Children’ went off the air in 2013, the venerable soap lasted 42 seasons and created some major stars. We have where Susan Lucci, Kelly Ripa and others are today.

A number of stars emerged from the fictional hamlet of Pine View, PA, the setting for ABC’s venerable soap opera All My Children. It debuted in 1970 and ran all the way through 2013. Actress Susan Lucci, 73, ruled over the show from its inception all the way through 2011, playing Erica Kane. Susan was widely viewed as the first lady of daytime TV, earning over a million dollars a year by the early 1990s when the show was at its peak.

Today Susan does occasional guests spots on TV, but is focused on her Susan Lucci Collection of hair and skin care products, fragrances and more. She’s also active with the American Heart Association to shine a focus on women’s cardiovascular health, after having her own cardiac event in 2017 where she needed two stents inserted into her heart.

Probably the most famous alum of AMC is Kelly Ripa, 49. She landed the role of troubled but fun-loving Hayley Vaughan in 1990 and went on the play her for 12 years. She concluded the part in 2002 after landing the seat next to Regis Philbin vacated by Kathy Lee Gifford on their syndicated ABC daytime Live! talk show. Kelly had competed in live auditions against other potential co-hosts such as Valerie Bertinelli and Jane Krakowski. But her chemistry with Regis prevailed and on February 5, 2001, she was announced as Kathie Lee’s replacement. When Regis retired in 2011, it became Kelly’s show. Her first co-host was former NY Giant Michael Strahan, followed by current co-host Ryan Seacrest on Live! with Kelly and Ryan.

Kelly found love on the set of AMC, falling for co-star Mark Consuelos, 49. He landed the part of Mateo Santos in 1995 and the couple began dating in secret, though they were later cast as lovers on the show. Mark and Kelly eloped to Las Vegas in May 1996, and many of their co-stars didn’t learn about it until months after the fact that they were married. The couple went on to have three beautiful children. Mark and Kelly are still wildly in love after over two decades of marriage. Mark frequently fills in as Kelly’s guest co-host on Live!, and he currently plays Hiram Lodge on the CW’s Riverdale.

Cameron Mathison, 50, was the resident hunk on AMC. He played Ryan Lavery from 1998 to 2011. After competing on Dancing with the Stars season 5 in 2007, his good looks and charm were on full display. That helped lead to a reporting gig with Good Morning America where he signed on in 2009 to cover numerous awards shows and other events. He still does corresponding work for the ABC morning show. He’s also been the star of numerous Hallmark Channel movies, including the Murder She Baked series, as well as plenty of romantic Valentine’s and Christmas themed flicks for the cable channel.

Sarah Michele Gellar‘s big break came originating the role of Erica Kane’s (Susan Lucci) daughter Kendall Hart on AMC in 1993. She went on to win a Daytime Emmy in 1995 for Best Younger Actress in a Drama Series. After that SMG became a TV icon as Buffy the Vampire Slayer, which ran on the CW from 1997–2003. She’s been a mainstay in film and TV ever since. Her most recent series was the 2013-14 CBS sit-com The Crazy Ones opposite the late Robin Williams. These days SMG is focused on the food empire she started in 2015 with Foodstirs, an e-commerce and retail business selling baking kits for families. She also authored the 2017 cookbook Stirring Up Fun with Food.