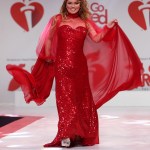 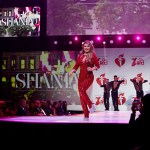 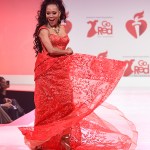 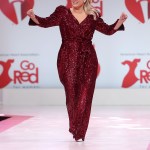 ‘All My Children’ has been off the air since 2013 but Susan Lucci isn’t ruling out returning to the role of Erica Kane. She told HL EXCLUSIVELY that she would ‘absolutely’ play Erica Kane again.

All My Children was a beloved soap opera that aired for over 40 years. The most iconic character from the show was undoubtedly Erica Kane, played by the one and only Susan Lucci, 73. HollywoodLife spoke EXCLUSIVELY with the Daytime Emmy winner about whether or not she’d bring back Erica Kane in any capacity in the future. “I would listen — I would always listen!” Susan told HollywoodLife at the American Heart Association’s Go Red for Women Red Dress Collection fashion show. “I love everyone I’ve worked with on All My Children. We were really such a great group. If it were in the right hands, absolutely.”

Over the course of her reign on All My Children, Susan was nominated for a Daytime Emmy a whopping 21 times. She won once for Outstanding Lead Actress in a Drama Series in 1999. The show came to an end in 2013 but fans still love keeping up with the cast. Since the show ended, Susan has had notable roles in Devious Maids, Hot In Cleveland, and the feature film Joy.

The anniversary of the show’s 1970 premiere was Jan. 5 and HollywoodLife asked Susan about keeping up with the cast. “I actually co-hosted Dr. Oz last week and there was Walt Willey, which was absolutely great,” Susan gushed. “Cameron [Mathison] was on, too, and I was so touched.” Walt played Susan’s longtime onscreen love interest Jackson Montgomery. Cameron played Ryan Lavery on the show.

Susan also opened up about how she’s doing since suffering a near-fatal heart attack in 2018. “I’m in good health, I’m feeling great,” she told HollywoodLife.