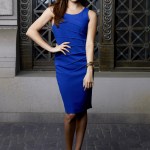 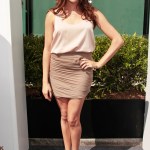 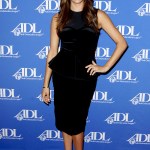 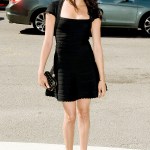 Meghan Markle has gone through a total transformation since marrying Prince Harry, becoming a member of the Royal Family, and more. See photos of the Duchess of Sussex through the years.

Meghan Markle‘s life has gone through a total change since marrying Prince Harry in May 2018. The Suits alum, 39, quickly made the transition from the bright lights of Hollywood to the grandeur and tradition of the British Royal Family in the mid-2010s. Now, we’re taking a look back at Meghan’s start in the TV and film industry, to her life with her husband and family, and more.

After years of taking on small appearances in shows like Deal or No Deal, Meghan began making a name for herself in film and TV. The Northwestern graduate appeared in films like Remember Me and Horrible Bosses before earning her big break 2011. Meghan starred as Rachel Zane on the USA TV series Suits, appearing in more than 100 episodes of the legal drama.

But while Meghan was working on the series, she also balanced her passion for service and advocacy. As it would happen, her future husband shared a love for those causes, as well. Meghan started dating Prince Harry in June 2016, and the two took their romance public by September 2017 when they attended the Invictus Games together, a philanthropic endeavor incredibly close to Prince Harry’s heart. By November of that year, the couple announced their engagement and wed at St. George’s Chapel in Windsor Castle on May 19, 2018.

The couple’s fairytale, however, was not entirely what it seemed. During their March 7, 2021, interview with Oprah Winfrey, Prince Harry and Meghan shared the difficult experience they had as senior members of the Royal Family. As such, they made the decision to take a step back from their roles in January 2020. By this point, the couple had welcomed their first child, son Archie Harrison Mountbatten-Windsor, born in May 2019.

Since that time, Meghan has made it clear that she wants to dedicate her time to serving global communities. The royal couple have made a deal with Netflix and Spotify to produce engaging and enriching programs, and their family life is about to head into a new chapter. Meghan and Prince Harry will welcome a baby girl this summer! To see more of Meghan’s transformation through the years, check out the gallery above.