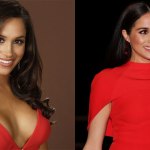 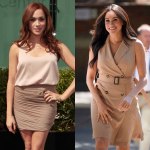 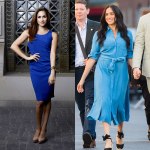 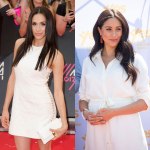 Before she was the Duchess of Sussex, Meghan Markle was a burgeoning actress paving her path in Hollywood. Learn more about one of Meghan’s first jobs on the American game show ‘Deal or No Deal.’

Everyone in Hollywood has to start somewhere, and that’s exactly what Meghan Markle did when she took a job working on the American game show, Deal or No Deal. Today, the Duchess of Sussex, 39, is well-known for her role as Rachel Zane on the TV series Suits, as well as guest appearances on various TV shows and supporting roles in movies like Horrible Bosses. Ever since she married Prince Harry, however, her profile has completely shifted to one of her greatest passions: public service and humanitarian work. But let’s take a look back to how it all began, with Meghan’s role on Deal or No Deal.

Deal or No Deal is the American iteration of the Dutch game show of the same name. The show started in 2005 in America and was featured on NBC and CNBC until its final episodes in 2019. Howie Mandel hosted as the long-time host of the game show, which featured contestants choosing and eliminating cases with values of money from $.01 to $1,000,000. Contestants were also given the option to take a specific cash value from ‘The Banker,’ or continue on with the game, leaving with a final sum of money.

When Was Meghan Markle On ‘Deal Or No Deal?’

Meghan Markle made her first appearance as a briefcase girl on Deal or No Deal in April 2006. The future Suits star appeared in more than 30 episodes of the game show, as the briefcase model for cases numbered 11, 12, and 24. Meghan’s final episode was in February 2007, after less than a year on the show. Only a few short years later, Meghan’s acting career reached new heights when she was cast as Rachel Zane on Suits in 2011.

Who Did Meghan Work With On ‘Deal Or No Deal?’

“She only did a few seasons and then landed her role on Suits which took her away. I was so happy for her when I heard about the marriage,” she said. Meghan, herself, has spoken about her time on the show, as well. The Duchess likened the role as a learning experience, one that led her to Suits. “I would put that in the category of things I was doing while I was auditioning to try to make ends meet,” Meghan told Esquire in July 2013.

“I went from working in the U.S. Embassy in Argentina to ending up on Deal. It’s run the gamut,” she explained. “Definitely working on Deal or No Deal was a learning experience, and it helped me to understand what I would rather be doing. So if that’s a way for me to gloss over that subject, then I will happily shift gears into something else.” Host Howie Mandel also spoke about Meghan’s brief time on the show, and you can check out his funny conversation with Ellen DeGeneres above.

While her time on the show has long passed, Meghan’s role as a briefcase girl on Deal or No Deal still lives on. In December 2019, the #24 briefcase that Meghan held for the latter part of her time on the series went up for auction via Profiles in History’s Hollywood: A Collector’s Ransom auction, according to People. At the time, the prop for the game show was listed at #783 on the auction list and was expected to be sold for a price tag between $4,000 and $6,000.

The briefcase, which was Meghan’s prop for roughly 31 episodes, measured 16 x 12 x 2 inches. There were a number of other auction items up for sale when the profile went public, but given Meghan’s new status, at the time, as a member of the Royal Family, fans were definitely interested. Meghan’s life has drastically changed since she was a part of the long-running game show.

Following her role as Rachel Zane on Suits, Meghan wed Prince Harry in May 2018. The couple welcomed their first child, son Archie Harrison Mountbatten-Windsor, one year later in May 2019. On Valentine’s Day, February 14, 2021, the couple revealed that they were expecting their second child, following a tragic miscarriage Meghan suffered during the summer of 2020. During Meghan and Prince Harry March 7 CBS tell-all interview with Oprah Winfrey, the couple revealed that they would welcome a baby girl some time in the summer.