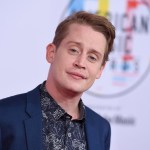 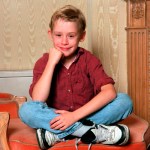 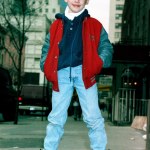 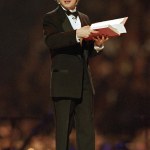 Learn more about Macaulay Culkin’s siblings with this comprehensive breakdown of his family.

While Macaulay Culkin has already started to grow his family with beloved partner Brenda Song, the actor, 40, comes from a fairly large family himself! Macaulay, the son of Broadway actor Kit Culkin and Patricia Brentrup, has six siblings and had one half-sister, Jennifer Adamson, from his father’s relationship with Adeena VanWagoner. Naturally, Macaulay’s siblings are all very invested in the entertainment industry, and have led fascinating careers. The family has also gone through immense loss, with death of Jennifer in 2000, at the age of 29 years old, and Macaulay’s sister Dakota, at the age of 30. Learn more about Macaulay’s siblings below.

Kieran Culkin, born September 30, 1982, is Macaulay’s younger brother. Like Macaulay, Kiernan is an actor, who actually appeared alongside his brother in both Home Alone films as Kevin McCallister’s younger cousin, Fuller. Kieran continued to act throughout his childhood, appearing in films like Father of the Bride and its subsequent sequel, as well as She’s All That and The Cider House Rules during the latter half of his teenage years. Kieran took a bit of a break from acting in the mid 2000s. But by 2010, Kieran was back on the scene — literally.

He starred in the ensemble cast of Scott Pilgrim vs. The World as Wallace Wells, the roommate of the titular protagonist played by Michael Cera. He continued to make consistent appearances in film and TV before landing the role of Roman Roy in the critically acclaimed HBO series Succession. In 2020, he earned an Emmy nomination for Outstanding Supporting Actor in a Drama Series for his performance.

Rory Culkin, born July 21, 1989, is Macaulay’s younger brother, too. Much like his siblings, Rory also acted as a young child, making his first appearance alongside Macaulay in the 1993 film The Good Son. From there, he appeared in the 2000 film You Can Count On Me and alongside his older brother, Kieran, in the movie Igby Goes Down. In 2002, Rory got his first major starring role, appearing alongside Mel Gibson, Joaquin Phoenix, and Abigail Breslin in the M. Night Shyamalan film Signs.

The young actor continued to work in both film and TV throughout the 2000s, appearing in more mature films like Scream 4 and Hick in 2011. In 2017, Rory had a supporting role in the critically acclaimed film Columbus, and in 2018 he led the film Lords of Chaos. Like Kieran, Rory has seemingly set his sights on TV, appearing in The Expecting, and getting ready to play Joel Shumacher in the Netflix series Halston.

Shane Culkin, born in 1976, is Macaulay’s older brother. Shane was named after his father’s favorite film, Shane (1953). Much like his siblings, Shane also went into acting at a young age. However, Shane’s only listed credit is a 1989 appearance in the series Great Performances, in which he played Wally Webb in the episode “Our Town.”

Quinn Culkin, born November 8, 1984, is Macaulay’s younger sister. Quinn began acting as a child, as well. She made a small appearance in the film Home Alone as a girl in the airport, and provided the voice of Katie McClary in the animated series Wish Kid throughout its run in 1991. In 1993, she appeared alongside her big brother, Macaulay, in the film The Good Son. It doesn’t appear that she’s acted in film or TV since that time, per IMDb.

Christian Culkin, born on January 30, 1987, is Macaulay’s younger brother. Unlike his siblings that went on to appear in a number of films, TV, and earn multiple credits to their names, Christian made only one appearance in the 1994 film It Runs In The Family, which also starred his brother Kieran.

Dakota Culkin, born June 15, 1978, was Macaulay’s sister, who tragically died after being struck by a car in December 2008. Dakota seemingly avoided the spotlight and it didn’t appear that the youngster was pushed into acting like her siblings. The Culkin siblings were absolutely shaken by Dakota’s death, but Macaulay has kept her memory alive, naming his first child with partner Brenda Song after his beloved sister. “We’re overjoyed,” the couple told Esquire about welcoming their baby boy.