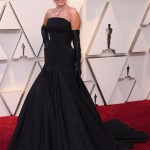 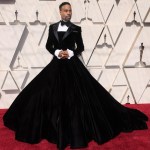 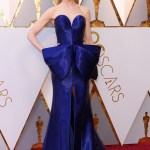 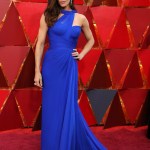 From 2009 to 2019, actresses (and yes, some actors) came to slay on the Oscars red carpet in gorgeous dresses. See the most memorable gowns of the decade, from Angelina’s leg-popper, and beyond!

We’re just two months away from the 2020 Academy Awards, and the first of the new decade. While the past 10 years have seen plenty of wild and wacky dresses on the red carpet (Charlize Theron‘s famed rosebud boobs in 2010, anyone?), there have been even more major wins — even if the celebrities wearing the dresses didn’t actually take home statuettes. From 2009 to 2019, these stars have consistently delivered on the Oscars red carpet. Take Angelina Jolie, for example.

Now, when you think of Oscar dresses, the first thing that comes to mind — besides Björk wearing a literal swan — is Angelina popping that leg. The Maleficent star stole the show on the red carpet at the 2012 Oscars with an insanely glamorous Alexander McQueen gown that featured a huge, dramatic thigh-slit. And she totally took advantage of it. Angelina famously posed with her leg sticking out all night, with her hand on the opposite hip. The black gown also featured a giant bow at the waist, as well. It’s one of Angelina’s best looks ever, and maybe one of the best Oscar dresses of all time — not just of the 2010s.

Pose and American Horror Story star Billy Porter gave Angelina a run for her money at the 2019 Academy Awards, when he showed up wearing the absolute opposite of a boring, black tux. Christian Siriano custom designed a dramatic ballgown for Billy that wowed everyone in the house, and watching from home. The actor owned his look, gliding down the red carpet in the taffeta dress with a tuxedo top. Frilly sleeves and an oversized bow tie completed the iconic look.

To see more of the gorgeous Oscar dresses from the past decade, like Emma Stone‘s 2017 winner and Zendaya‘s satin look in 2015, scroll through our gallery above. The countdown to the 2020 Academy Awards begins NOW!