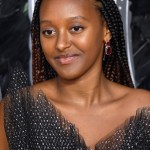 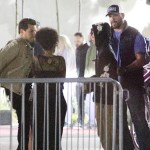 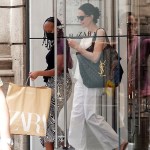 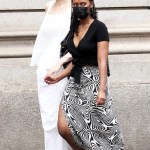 Bio:
Zahara Jolie-Pitt (born Yemsrach in Awasa, Ethiopia on January 8, 2005) is the oldest daughter of Angelina Jolie’s and Brad Pitt’s. She recently celebrated her 14th birthday on Jan. 8, 2019. Angelina and Brad traveled to Ethiopia to take custody of Zahara when she was just six months old, after her mother abandoned her when Zahara became ill with a combination of malnutrition, dehydration, and salmonella poisoning. If she hadn’t been adopted by Brad and Angelina, it’s likely Sahara would have died. The couple had Zahara’s last name legally changed to Jolie-Pitt on January 19, 2006. She broke into the film industry by voicing the role of Meng Meng in Kung Fu Panda 3, released in 2016.

Best Known For:
Zahara is best known for being the oldest daughter of Angelina Jolie’s and Brad Pitt’s.

Personal Life:
Zahara has five siblings, Maddox, Pax, Shiloh, Vivienne, and Knox. When Angelina filed for divorce from Brad on Sept. 19, 2016, she asked for full physical custody of all six children. The parents finally reached a temporary custody agreement in Nov. 2018, with Brad reportedly getting “less than 50% custody of the couple’s six children.”

Angelina Jolie was spotted shopping with her daughters Zahara,15, Shiloh, 14, and Vivienne, 12, after her ex Brad Pitt got flirty with former wife Jennifer Aniston while in character during a virtual table read.

Angelina Jolie’s kids, including eldest son Maddox, are learning at home amid the pandemic, she revealed in a new interview, adding that she feels they’re ‘lucky’ to be together!

Angelina Jolie opened up about her ‘extraordinary’ daughter Zahara Jolie-Pitt in a new interview, saying how ‘in awe’ she is of the teenager’s connection to her African roots.

As the adoptive mother of a young Black woman, Angelina Jolie is calling for the end of the systemic ‘racism’ in the U.S. She says it’s time for us to ‘make structural changes’ to protect the ‘vulnerable,’ like her daughter.

Angelina Jolie brought her daughters Zahara and Shiloh Jolie-Pitt to the movies after both girls had recent surgeries. This was the first time Zahara has been spotted in public since her hospitalization.

In a powerful new essay for ‘TIME’ magazine, Angelina Jolie opens up about some health issues that two of her daughters have recently faced, which left them both in the hospital after undergoing surgery.

Angelina Jolie is continuing to be the most fun mom, taking daughters Zahara and Vivienne to see Cirque du Soleil’s touring show ‘Volta’ in Los Angeles.