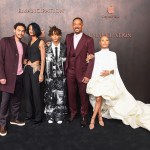 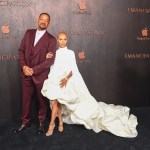 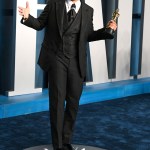 Bio:
Will Smith is an American actor, producer, and rapper. In the late 1980s, he achieved some fame as a rapper under the name The Fresh Prince. In 1990, his popularity increased when he starred in the TV sitcom The Fresh Prince of Bel-Air. The show ran for six years and ended in 1996 on NBC with syndications on various networks. During his TV career, he also went into films, and then blockbuster movies. His most successful films have been Bad Boys, Bad Boys II, Independence Day, Men in Black, Men in Black II, I, Robot, The Pursuit of Happyness, I Am Legend, Hancock, Wild Wild West, Enemy of the State, Shark Tale, Hitch, and Seven Pounds.

Best Known For:
Will came to prominence on the hit show The Fresh Prince Of Bel Air, but has since made his mark in the hip hop world as well as Hollywood – with two Oscar nominations to his name.

Personal Life:
He was previously married to Sheree Zampino in 1992, and had a son Willard Christopher Smith III AKA Trey. After his divorce in 1995, he married actress Jada Pinkett Smith in 1997 and has had two children with her — Jaden and Willow Smith, who have appeared alongside him in Pursuit of Happyness, After Earth and I Am Legend respectively. Will’s marriage to Jada has almost always been under media scrutiny, with rumors after rumor suggesting they are on the verge of divorce.

More than half a year after Will Smith’s infamous slap at the Academy Awards, he met up with Tyler Perry, Rihanna, and more for a screening of his new film.

‘Not standing up to me was a no-brainer,’ the actress said in a new interview. Read her full statement on the matter here.

After all that’s been said about her marriage to Will Smith, Jada Pinkett Smith sets the record straight on her ‘complicated’ love with a brand new tell-all memoir.

Sheree Zampino spoke to HollywoodLife EXCLUSIVELY about her future on ‘The Real Housewives of Beverly Hills,’ and if her famous ex-husband will ever pop up on the reality show.

Will Smith celebrated alongside wife Jada Pinkett-Smith in a rare social media appearance as she rang in her 51st birthday on September 18.

‘RHOBH’ star Sheree Zampino opened up about her unique relationship with her ex-husband Will Smith and his wife Jada Pinkett Smith.

Chris Rock reportedly said Will Smith’s slap ‘hurt’ and called his joke about Will’s wife, Jada Pinkett Smith, a ‘bullsh*t joke,’ during the latest stop on his European comedy tour.