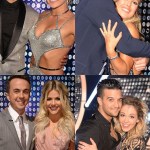 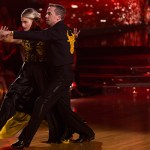 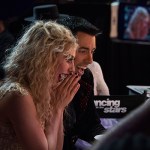 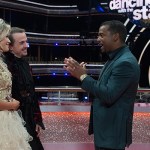 Bio:
Victoria Arlen (born in Boston, Massachusetts on September 26, 1994) is a TV personality for ESPN who is currently competing on Dancing with the Stars. At the age of 11, Victoria developed  transverse myelitis and acute disseminated encephalomyelitis — two extremely rare conditions that took away her ability to eat, walk, move, and speak. For four years, she was in a vegetive state, and doctors had little hope she would survive. In 2010, she began re-learning how to eat, speak, and movie — two years later, she entered the 2012 Summer Paralympics and three silver medals and a gold. In 2015, she joined ESPN as on-air talent, and a year later, she learned to walk. Still eager to keep fighting, in 2017, she joined Dancing with the Stars, regardless of being unable to feel her feet or legs.

Best Known For:
Victoria Arlen is best known for her miraculous recovery.

Personal Life:
Victoria Arlen is a triplet with two brothers.

Charitable Causes:
Victoria Arlen created “Victoria’s Victory Foundation,” to help others rise above their personal challenges. “VVF” encourages people, no matter what their obstacles are, to overcome them and succeed.

Victoria Arlen is co-hosting the new season of ‘ANW’ Junior and she spilled why she can’t wait in this EXCLUSIVE new interview with HollywoodLife!

Laurie Hernandez is passing the hosting torch to Victoria Arlen for this season of ‘American Ninja Warrior Jr.’ in a sweet new clip on HL!