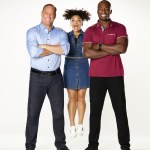 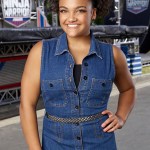 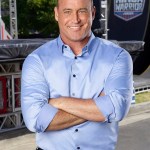 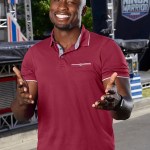 Laurie Hernandez is passing the hosting torch to Victoria Arlen for this season of ‘American Ninja Warrior Jr.’ in a sweet new clip on HL!

Former American Paralympian swimmer and Dancing With The Stars contestant Victoria Arlen is jumping into her new role as American Ninja Warrior Junior host! However, before last season’s host Laurie Hernandez officially signed off to begin preparing for the 2020 Olympics, she literally handed over the torch to Victoria! In an EXCLUSIVE clip on HollywoodLife.com, Laurie and Victoria caught up in the gym and the Olympian gave advice to her successor when it comes to hosting the fun show!

“I’ve been fortunate to know Laurie for quite some time now. We both danced with Val on Dancing with the Stars, so we knew each other before and I loved watching Laurie on the first season do her thing,” Victoria gushed over Laurie in an EXCLUSIVE interview with HollywoodLife. “It was really cool that she was the one to pass the torch to me and she’s just super amazing and inspiring in every single way. I was really honored to follow in her footsteps.”

Victoria, who began walking in April 2016 after nearly a decade of paralysis, revealed that she fits right into the “Ninja” mindset of strength, “both mentally and physically.” “These are inspiring individuals being strong and being agile to the next level and being very, very, very skilled in that sense. And that mindset is not being afraid to take that leap of faith and not being afraid to kind of reach for that next step and keep pushing it and working hard towards it,” she explained. “I in no way, shape or form come close to being as skilled as any of those Ninjas, but it is something that has helped me in both my career and as well in sports, just kind of not being afraid to take that next step and take those leaps of faith.”

American Ninja Warrior Junior premieres on Universal Kids at will return for its second season on Saturday, February 22 at 7pm ET/PT. Fan favorite hosts, Matt Iseman and Akbar Gbajabiamila return, along with Victoria!