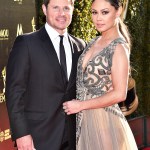 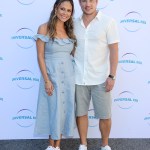 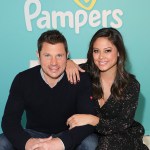 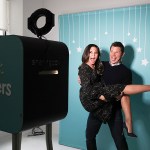 Bio:
Vanessa Lachey (born Vanessa Joy Minnillo in Angeles City, Pampanga, Philippines on November 9, 1980) is a TV personality, actress and model. In 1998, she was crowned Miss South Carolina Teen USA, and went on to win the title of Miss Teen USA! She was the first from South Carolina — she also won Miss Congeniality. In 2003, she hosted TRL for four years; she also hosted a year of Miss Teen USA and Miss Universe. In addition to modeling, she was an actress, starring in The Bold and the Beautiful, Fantastic Four: Rise of the Silver Surfer and Disaster Movie. In 2017, she joined season 25 of Dancing with the Stars.

Personal Life:
Vanessa Lachey (then Minnillo) dated Derek Jeter for two years until 2005; the following year, she met Nick Lachey in his music video, “What’s Left of Me.” The two began dating on and off, got engaged in 2010 and married in 2011. Together, they have three children.

Vanessa Lachey admitted the moment she and Nick Lachey ‘let it go’ after his divorce from Jessica Simpson, they ‘truly committed to each other,’ in a new episode of ‘The Ultimatum: Marry Or Move On.’

Get the pods ready! Vanessa Lachey confirmed to HL that ‘Love Is Blind’ is starting to shoot season 2 AND 3!

Vanessa and Nick Lachey are absolute proof true love exists! Vanessa revealed that their love story isn’t too different from the ‘Love Is Blind’ concept!

Vanessa Lachey was ‘just giving facts’ regarding her response to a question from her ‘Today’ interview about sending Jessica Simpson a gift after her children were born!

Cringe! Vanessa Lachey is firmly denying Jessica Simpson’s claims that her ex-husband Nick Lachey and his current wife sent Jess a gift when she had her children.

Vanessa Lachey was the hostess with the mostess when she arrived at Miss USA in Reno Tahoe on May 2 in this gorgeous ensemble.

Nick Lachey opened up in an EXCLUSIVE interview with HL about how he & his wife Vanessa Lachey make their relationship work!