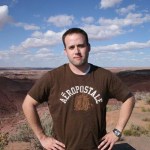 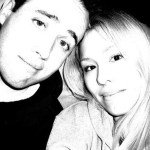 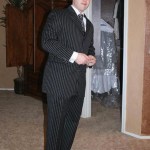 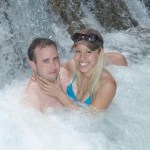 Bio:
Travis Alexander (born Travis Victor Alexander, in Riverside, California, on July 28, 1977) was a salesman, and he was killed at his home in Mesa, Arizona by his ex girl friend Jodi Arias on June 4 2008. She was found guilty of first-degree murder on May 8, 2013. The trial was a media circus and Jodi’s was at the forefront of the news for over 4 years. Jodi was sentenced to life without parole on April 13, 2015.

Best Known For:
Travis Alexander is best known for being murdered by Jodi Arias. He was shot, stabbed multiple times and had his throat slit.

Personal Life:
Travis Alexander met Jodi in November 2006, and they dated on and off for two years, until the time of his death.

North West, 9, Is So Grown Up In D&G Platforms Going ‘Sight Seeing’ With Kim Kardashian In Milan

In 2008, Jodi Arias brutally murdered her boyfriend, Travis Alexander, inside his Arizona home. Where is she now?

Here’s everything you need to know about Travis Alexander, the man Jodi Arias murdered in cold blood in 2008.

The Jodi Arias murder trial took an eerie and odd turn Feb. 28 when the prosecution revealed she sent several messages to Travis Alexander AFTER shooting him. Keep reading to see all of Jodi’s perplexing voicemails, emails, and texts!
Jodi Arias’ defense against the first-degree murder charge she faces took a serious hit on Feb. 28. Prosecutor Juan Martinez poked major holes in her self-defense claim, ending his cross-examination by uncovering some very odd behavior by Jodi.