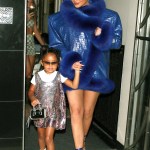 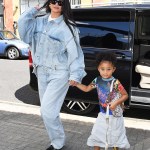 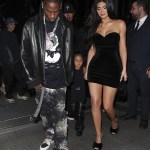 Bio:
Stormi Webster (born in Los Angeles, California on February 1, 2018) is the daughter of Kylie Jenner and Travis Scott.

Best Known For:
Stormi Webster is best known for being born into the Kardashian-Jenner family. She is the first child of Kylie Jenner and Travis Scott.

Personal Life:
Stormi Webster is Kylie Jenner and Travis Scott’s first child. Her cousins include: North, Saint, and Chicago West; Mason, Penelope, and Reign Disick; and Dream Kardashian. Kylie kept her pregnancy a secret from her fans until after Stormi was already born. She revealed Stormi’s birth on Feb. 4, 2018. Two days later, on Feb. 6, she shared Stormi’s first pic with the world and announced her name.

Stormi Webster sure enjoys Dua Lipa! Mom Kylie Jenner took the sweetest video of her daughter dancing along to the singer during her Grammys performance.

Kylie Jenner was spotted sharing a sweet moment while holding her daughter Stormi and walking back to her $400K Lamborghini during an outing in Los Angeles. See the cute pics and others of Stormi here.

Get ready for a new round of Kylie Jenner and daughter Stormi twinning. They were sent matching metallic pink Balmain jumpsuits, and Ky shared a video of their exciting unboxing moment.

Kylie Jenner’s daughter Stormi Webster did the flexing for her mom, as she sweetly posed in front of the cosmetics mogul’s bright orange Lamborghini while carrying a tan Prada bag.

Kylie Jenner shared an adorable hairstyling moment with her three-year-old daughter Stormi in a clip on her Instagram story and it showed off her impressive skills.

Kylie Jenner took to Instagram to share two new adorable pics of her ‘best friend’ Stormi Webster looking stylish while playing with a water hose outside.