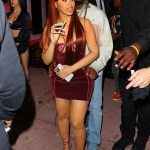 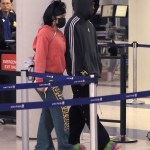 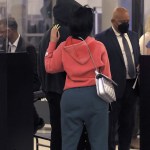 Bio:
Offset (born Kiari Kendrell Cephus on December 14, 1991 in Lawrenceville, Georgia) is an American rapper and part of the group Migos, alongside members Quavo and Takeoff. Offset joined Migos when the trio formed in 2009 and they gained fame in 2013 when their hit “Versace” made top charts. In 2017, their song “Bad and Boujee” became an internet sensation, with Offet’s lyrics “rain drop, drop top” becoming a meme. The song peaked at number one on the US Billboard Hot 100 chart and many believed Offset commanded the track. He’s also released solo music and several collaborations, including “No Complaints” with Metro Boomin and Drake.

Best Known For:
Offset is best known as part of the rap trio Migos.

Personal Life:
Offset is currently engaged to rapper Cardi B, who he proposed to during a live show at Power 99’s Powerhouse in Philadelphia, PA. On Christmas weekend 2017, videos were released after Offet’s iCloud was hacking, showing him in a hotel room with another woman, but Cardi assured fans she stood by her man in an Instagram post. However, on Dec. 28, Instagram star Celina Powell claimed she was carrying Offset’s child. His legal team has since sent her a cease and desist letter which she slammed on Twitter. Cardi also slammed Offset on stage during a show, saying “You do that shit again, you gon lose your wife.” While hosting a NYE party in NYC, Cardi was notably without her huge engagement ring. The two stayed together and welcomed their first child to the world in July 2018, a baby girl named Kultura Kiari Cephus.

The rappers touched on ‘family’ and ‘loyalty’ but didn’t directly address Offset’s alleged departure. The trio, who are all related, started making music together back in the late 2000s.

Cardi B used Twitter, her weapon of choice, to clap back after a fan posted a meme insinuating her husband cheated on her!

Don’t mess with Cardi B! The rapper didn’t hold back against a Twitter troll who attacked her marriage to Offset and accused him of infidelity.

Cardi B and Offset’s 4-year-old daughter Kulture showed the insane stack of cash that she got for her birthday in a must-see video!

Cardi B and Offset’s passionate PDA came after they surprised fans by performing together during Cardi’s headlining set during the festival on Friday night.

Cardi B showed off her husband Offset and daughter Kulture happily sliding down a waterslide and doing a little dance, in a new adorable Instagram video.

Cardi B celebrated Father’s Day by treating Offset, her husband and father of her two kids, ‘like a king’ from the moment he woke up, and shared videos of her memorable surprises.