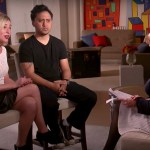 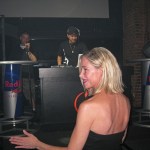 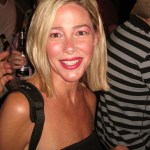 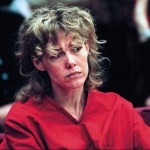 Bio:
Mary Kay Letourneau (born Mary Katherine Schmitz on January 30, 1962 in Tustin California) is a former American schoolteacher. In 1996, while she was 34-years-old and teaching sixth grade, Mary Kay began a sexual relationship with her 12-year-old student, Vili Fualaau. She was arrested in 1997, convicted of two counts of second-degree child rape, and sentenced to six months in jail, providing she avoided any further contact with Vili. But just two weeks after completing her jail sentence in February 1998, she was caught having sexual relations with Vili, and sentenced to seven-and-a-half years in prison. Mary Kay was released from jail in 2004, and she and Vili got married in 2005, when he was 22.

Best Known For:
Mary Kay is best known for serving a seven-and-a-half year prison sentence after having sexual relations with a 12-year-old student.

Personal Life:
Mary Kay married Steve Letourneau while they were both attending Arizona State University, and together they share four children. The couple divorced while she was serving her prison sentence in 1999. She gave birth to her and Vili’s two children in May 1997 and October 1998, while he was just a teenager, and married him on May 20, 2005.

The 39-year-old’s new daughter, Sophia, reportedly joins Georgia and his oldest daughter, Audrey, 25, both of whom he had with his late wife Mary Kay Letourneau.

Mary Kay Letourneau has passed away after battling cancer. The former school teacher made headlines in 1997 when she was convicted of raping her sixth grade pupil, who she later married.

Despite giving love another shot, Vili Fualaau and Mary Kay Letourneau – who served 7 years in jail after sleeping with him when he was only 12 – have decided to finalize their split.

Former teacher Mary Kay Letourneau and her student-turned-lover, Vili Fualaau, have revealed the intimate details of how their controversial relationship started — including what went down the night they first had sex!
Mary Kay Letourneau, 53, and Vili Fualaau, 31, didn’t hold anything back when they sat down with Barbara Walters for their 20/20 interview, which will air on April 10. The couple that made headlines for their affair — when he was only 12 and she was his sixth grade teacher — address how it all began, even detailing their first sexual encounter!