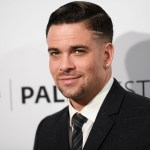 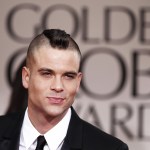 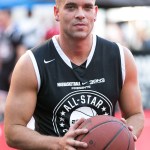 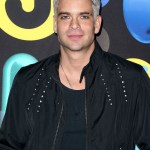 Bio:
Mark Salling (born Mark Wayne Salling on August 17, 1982 in Dallas, Texas) is an American actor and musician. He graduated from high school in 2001, then attended the Los Angeles Music Academy College of Music in California, where he started studying guitar and giving lessons. He released his debut album Smoke Signals in Feb. 2008, and followed up with Pipe Dreams in Oct. 2010. But Mark is best known for his role on the hit TV series, Glee, on which he played bad boy athlete-turned-singer, Noah “Puck” Puckerman. Throughout six seasons on the show, he sang songs including “Sweet Caroline” and “Only The Good Die Young,” among many others.

Best Known For:
Mark is best known for his role as Noah “Puck” Puckerman on Glee.

Personal Life:
Mark never admitted to dating his Glee co-star Naya Rivera, but after he allegedly cheated on her, she keyed and egged his car. Model Roxanne Gorzela filed a lawsuit against him in early 2013, claiming he forced sex on her without a condom, and he wound up playing $2.7 million to settle the case in 2015. In December 2015, he was arrested for allegedly being in possession of child pornography. Mark has also been romantically linked to Audrina Patridge, Lea Michele and Selena Gomez. On January 30, 2018 it was reported that Mark had died of apparent suicide. He was found hanging by a creek in Los Angeles, a few days after going missing. At the time he died, he was awaiting sentencing after being found guilty of possession of child pornography. He was 35.

Mark Salling’s autopsy report has been released, and we have the docs. Read through the entire report in our gallery.

Mark Salling looked like he was ‘on a different planet’ when he bought cigarettes mere hours before tragically taking his life.

Just one day after her ex, Mark Salling, tragically committed suicide, Naya Rivera stepped out for a talk show appearance. But did she comment on his passing?

In the aftermath of Mark Salling’s suicide, we’re learning that the troubled TV star had tried to end his life several times before.

Mark Salling was reportedly in a dark place before his untimely death, mourning late ‘Glee’ costar Cory Monteith, and his nonexistent career prospects, according to a new report.

As the ‘Glee’ fans cope with the apparent suicide of Mark Salling, the pics and video of the authorities removing the body of the former television star are chilling.