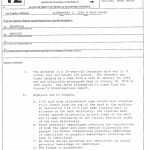 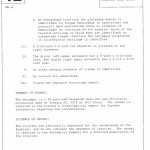 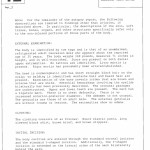 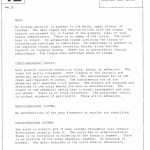 Mark Salling’s autopsy report has been released, and we have the docs. Read through the entire report in our gallery.

Mark Salling‘s autopsy report reveals several details about his haunting suicide. As HollywoodLife.com previously told you, his official cause of death was ruled “asphyxia by hanging,” and deemed suicide. There was no evidence of other trauma. The toxicology report the medical examiner also ran revealed that Mark did not have any drugs in his system; there was no evidence of drug use in his blood tests, and there was no presence of capsules or tablets in his stomach. However, his Blood Alcohol Content was 0.08%, making Mark legally drunk (by US standards) at the time of his death. Read his full autopsy report, toxicology readout, and the LAPD’s incident report, compiled in our gallery above.

The former Glee star was found hanging from a tree on the banks of the LA River on January 30 after being reported missing by his mother. Mark was on house arrest after pleading guilty to possession of child pornography in October 2017. He was facing up to seven years in prison, followed by 20 years of supervised release after police allegedly discovered 50,000 pornographic images on his home computer in December 2015.

Mark allegedly tried committing suicide “several times” in the past, according to TMZ. Police were called to the home he shared with his roommate in August 2017 over reports that he reportedly tried to slit his wrists. The outlet reports that his roommate called 911 and saved his life. Just hours before committing suicide on January 30, Mark was caught on camera at a convenience store buying cigarettes. Someone who works at the store told Daily Mail that Mark didn’t say much, but seemed “agitated” and like he was “on a different planet.” Photos of him leaving the convenience store show him walking through the parking lot with his cigs and a Sprite in hand. He looks distraught.